Kawasaki has opened a new showroom in India at Kolkata. Chowringhee Kawasaki is located at the iconic Chowringhee road in Kolkata.

Kawasaki also officially opened sales of the new Versys 1000. Way back in November, we had reported that bookings for the Kawasaki Versys 1000 had started and was priced at Rs 12.9 lakh, ex-Pune. It gets a 1043cc engine which makes 120PS of power and 102Nm of torque. The engine is mated to a six-speed transmission. Kawasaki has also added a slipper clutch, traction control and the Versys gets three user-switchable riding modes. You can read more about the Kawasaki Versys 1000 here. There is also a host of accessories being offered with the Versys 1000. 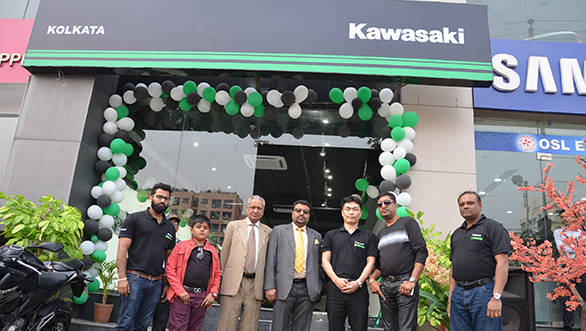 Yoshitaka Tamura, managing director, India Kawasaki Motors said, "We would first thank our partner Bajaj Auto for the continuous support in setting up this showroom. And also we thank customers who have supported our brand from various aspects."