Kawasaki India has launched the new KLX 140G in India at Rs 3.91 lakh (ex-Delhi). The bike in the market sits in between the recently launched KX100 and the KX250F. The KLX140G is also a completely race ready off-road bike and hence it cannot be registered as there are no head or tail lights or turn indicators as such. 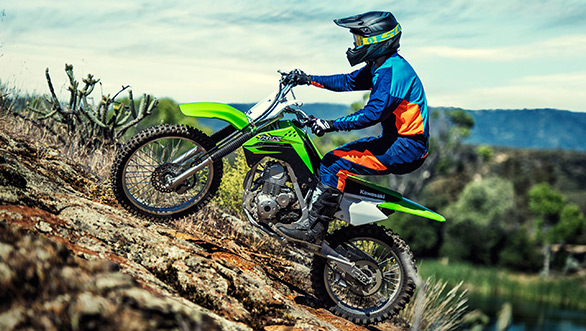 The bike is powered by a 144cc, 4-stroke, air-cooled, single-cylinder engine that's mated to a five-speed transmission. The clutch has a two-stage engagement which permits half-clutch use when riding at extremely low speeds. The KLX140G  uses a box-section perimeter frame, which lends the KLX140G with excellent handling, says Kawasaki. 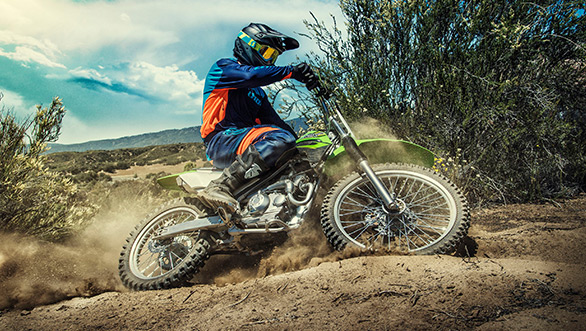 The bike features 33mm telescopic front forks with 190mm wheel travel and an adjustable, Uni-trak monoshock at the rear with 200mm wheel travel. The rear shock can be adjusted for both compression and rebound damping. The bike rides on 21-inch front wheel and 18-inch wheel at the rear.

As is expected from an off-road motorcycle, the body panels are minimum while the motorcycle itself is quite narrow, given its intended purpose. Kawasaki says that the seat, handlebar and footpeg position is designed to offer a comfortable riding position. The seat height is 860mm. 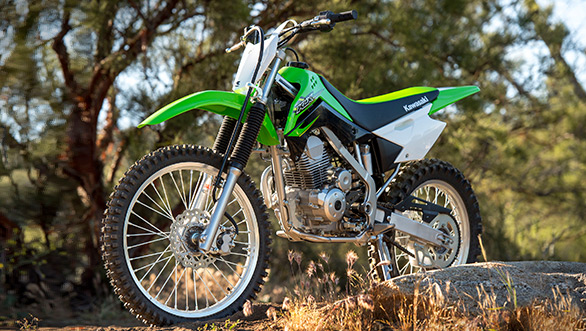 The KLX140G is aimed at those who want to graduate from the KX100 but aren't ready for the bigger and faster KX250F. Also, since the KLX140G has a four-stroke engine, its not as frantic as a two-stroke motor, which makes it newbie friendly.

Riding off-road is a great way to understand weight transfer, traction, body positioning and other aspects about riding a bike. The lessons you learn are also helpful when riding on the road. With these bikes, learning the art of riding off-road, becomes easier. The only issue lies in transporting the bike to your the trail of your choice. 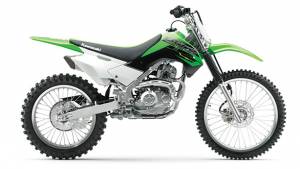