Kawasaki India has launched a limited edition Z800 at Rs 7.50 lakh (ex-Delhi). It gets a new blue and black colour scheme and that distinguishes it from the regular Z800, which retails at a similar price tag. Mechanically, the bike remains unchanged. 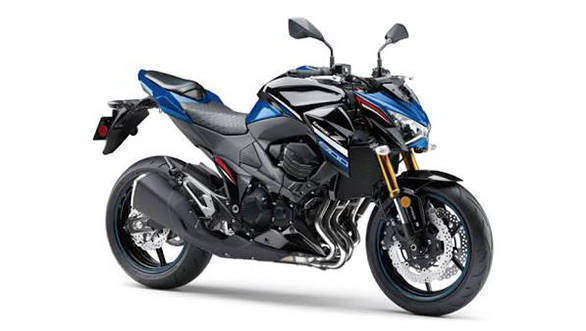 The limited edition Z800 gets a blue coloured headlamp cowl and tail section. The bottom half of the fuel tank is also painted blue while the upper half gets a coat of contrasting black paint. In addition, the bike gets red and white decals and gold coloured upside-down forks. The rims get blue stripes which complement the blue shade on the bike.

The Z800 was launched in India in 2014 and has done quite well for the Japanese manufacturer. The quality, affordability and decent performance coupled with the roar of an inline-four made the Z800 a popular choice in the country. Yes, it's big and heavy when compared to its competition (read Triumph Street Triple), but the Z800 continues to sell in decent numbers. Read our detailed first ride report and comparison test to find out more about the Kawasaki Z800.

The Kawasaki Z800 is due for replacement soon, and Kawasaki recently revealed its successor, the Z900, at the Intermot 2016. The bike will debut at the 2016 EICMA in Milan next month, and one can expect Kawasaki to launch in the bike in India by next year. Read all about the Z900 here.