Kawasaki has officially started deliveries of the ZX-10R and ZX-14R here in India. The first delivery took place this past Friday with approximately four more on Sunday. The deliveries took place out of the exclusive Kawasaki dealership in Wakdewadi, Pune. With this, the first ZX10R for Delhi was also dispatched. More deliveries are expected to follow suit in December this year. On display is the 2013 model of the bike at the showroom while customers are being given the 2014  version. The 10R and 14R are Kawasaki's premium performance bikes. They were launched in India on September 4. They carry a price tag of Rs 15.70 lakh and Rs 16.90 lakh (ex-showroom, Pune) respectively. 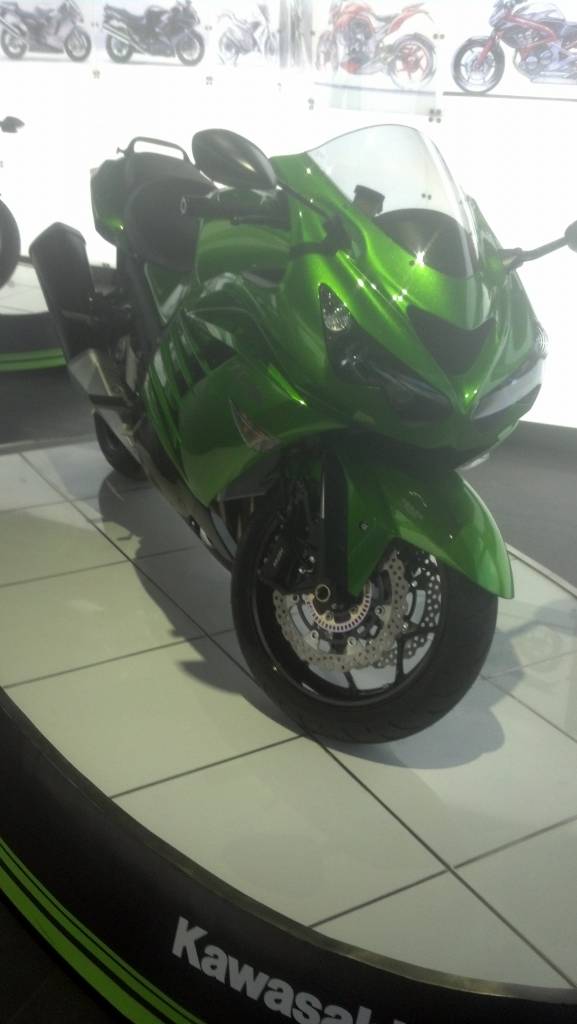 The 2013 ZX14R on display at the Kawasaki showroom in Pune