If there's just one single livery that comes to your mind when you think of the 24 Hours of Le Mans, what would it be? The blue and orange Gulf Racing colours, no doubt. And now Indian endurance racing fans have a reason to celebrate the fact that an Indian driver gets to don those very iconic colours for the 2017 edition of the 24 Hours of Le Mans. Karun Chandhok, racing for Tockwith Motorsport in the LMP2 class of the event, will be in Gulf livery. This has come to pass after Gulf Oil International tied up with Tockwith Motorsport for the 2017 edition of the event. 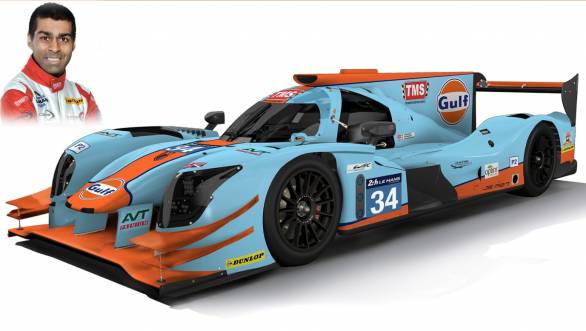 The Tockwith Motorsport Ligier JS P217, in Gulf colours, will debut at the official Le Mans test on the 4th of June, 2017. Tockwith has earned their place at the 24 Hours of Le Mans due to their championship title, in the LMP3 category, ofthe 2016-2017 Asian Le Mans series. While the team will head back to the championship in the winter, to defend their crown, they have also moved up to the LMP2 class, competing in the 2017 European Le Mans Series and selected rounds of the 2017 World Endurance Championship.

"We are delighted to have Karun Chandhok driving a Gulf car at Le Mans. As Gulf Oil International is an Indian-owned business and Gulf has long had a commitment to further Indian motorsport opportunities, having one of India's most successful drivers of all time, taking part in the world's greatest race, is something a little special," said Gulf Oil International Global Vice President of Marketing, Vicki Kipling.

Meanwhile, Tockwith team principal, Simon Moore said, "It's an extremely exciting development for TMS and we are delighted to be carrying the iconic blue and orange in the year when Gulf is celebrating the 50th anniversary of its first ever participation at Le Mans."

Chandhok, naturally, is thrilled by the fact that he gets to race in Gulf livery. "It's very cool to be driving the iconic Gulf liveried car in Le Mans this year. The deal has all happened a bit last minute but well done to the team for getting it done! There are few liveries in sportscar racing, or indeed motorsport, that are as iconic as this so it will be very special," he said.