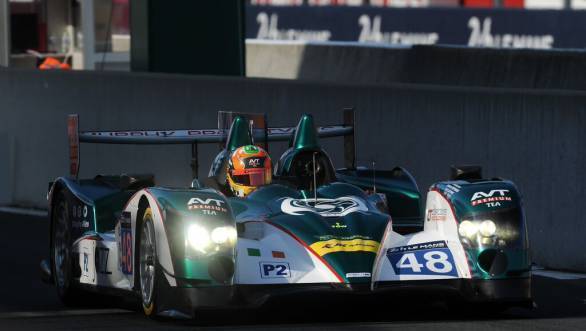 Karun Chandhok will make his return to competitive racing at the upcoming European Le Mans Series round at the Red Bull Ring in Austria between 15 and 17 July, 2016. The Indian driver will return to Murphy Prototypes, the team with which he competed in the 2013, 2014 and 2015 editions of the 24 Hours of Le Mans. Chandhok will fill in for one of the team's regular drivers, and will compete alongside Guglielmo Belotti and Seán Doyle. The trio will get behind the wheel of the team's Nissan-engined Oreca 03R LMP2 car.

Chandhok, whose last outing with the team was the 2015 edition of the 24 Hours of Le Mans, where they finished fifth in the LMP2 category of the event said "It's great to be back 'super-subbing' for Murphy Prototypes this weekend. I haven't had the chance to compete in Sportscars since Le Mans last year, so when Greg called to ask if I could fill in for him, I was happy to take the opportunity to race with the team again. It's always great fun working with the guys from Murphy Prototypes."

And while the Murphy Prototypes team and car are quantities that Chandhok is very familiar with, the Red Bull Ring isn't. And while Chandhok hasn't raced there before, he did say that he's looking forward to his outing at the track and is aware that the ELMS, with its grid of extremely strong teams, is a very competitive place to be.

Team Principal Greg Murphy said, "I'm very pleased to have Karun back with us for this event. We know him well and he just slots back into the team and always does a great job for us. We're fortunate to be able to attract such high profile drivers. It's something we're very proud of."