Karun Chandhok on the future of the Indian Grand Prix

Formula 1 has put Indian motorsport on the world map. That is a fact that simply cannot be denied. Having said that, it is a shame that the Government of India has underestimated, and to some extent, failed to recognise Formula 1's contribution to India. The Government hasn't embraced Formula 1 the way it should have, especially in terms of what it does for the country - it brings in tourism, makes the world view India in a positive light. All of which must be recognised.

On the other hand, there is another gross underestimation that the world has made, and that is in terms of just how much money the Jaypee Group has invested in the Buddh International Circuit. I remember when I went to meet people with my father, Vicky Chandhok (President of the Federation of Motorsport Clubs of India) when we were attempting to bring F1 to the country, there weren't too many people who were willing to see this through. JPSI put their money where their mouth was, which is why we have an Indian Grand Prix today. The company certainly isn't going to recover their money from Formula 1 but they did it anyway, which is why we really need to take our hats off to them. 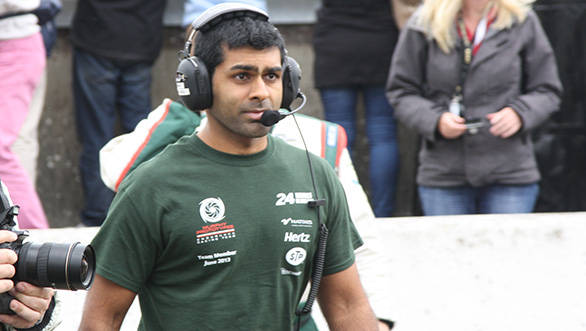 When you look back at the first year of Formula 1 in India in 2011, we had a few hitches. But the second year was much better, and we had everything run to perfection. The marshalling was good, the hospitality areas were good, everything was excellent in terms of the pit garages and the like. There really was no drama and everyone from the teams to the drivers enjoyed the event.

Then there's also the fact that India is a huge market in terms of sponsors. Several Formula 1 teams also pick up specific sponsorship deals with companies especially for the Indian GP. And the race is hugely important in terms of the commercial aspect as well.

Keeping all of this in mind, it really is a bit of a shame that the Indian Grand Prix is being taken off the calendar in 2014. As far as the newer races go, in Asia, Turkey, India and Malaysia have made quite a mark. The tracks are well designed and the drivers really appear to enjoy it. But India specifically brings its own unique set of challenges to Formula 1. Teams have had issues with customs clearance in the past. Personnel and journalists have also faced issues in terms of visas. In fact I've received calls this year, and in the past as well, with people asking if there was any way I could help speed up their visa process for them. So there is a disconnect between the amount to which JPSI committed to the project, and the lack of any sort of support from the Government.

Overall though, the Indian Grand Prix has been received well by teams, drivers and the international media as well. And it would be a shame to see it dropped off the calendar. However, what remains to be seen now is whether or not we have space on the Formula 1 calendar for India to make a return. In 2015, with Russia, Bahrain, New Jersey and London all vying for a spot on the calendar, room for India's return looks tough. Now to wait and watch.