After a drip feed of information on the XE, Jaguar's 3 Series, C-Class and A4 rival is just hours away from being unveiled. But that hasn't stopped Jaguar was sending out one final teaser of its entry-level sedan - a word sculpture of the XE. 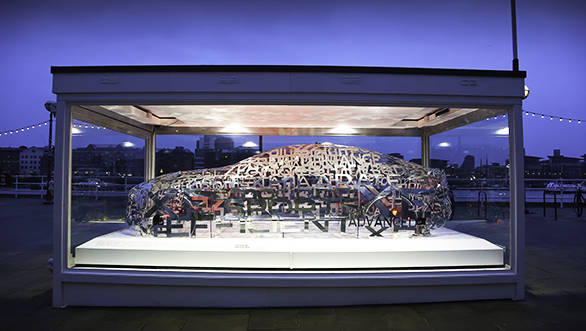 Constructed in aluminium, the same material that forms the basis of the XE's chassis, the sculpture is made up of 95 adjectives that describe the XE in various languages. Frankly, the sculpture looks busy to us at least in the photos, but we can see words like 'Sports', 'Efficient' and 'Advanced', which pretty much sum up what the XE is expected to be. The sculpture is being showcased at the London Design Festival and will stay at the London Design museum until October 6, 2014. Since its a world car, the sculpture also has words from the French, German, Spanish, Italian, Russian and Mandarin languages. No Hindi in there though, but the XE is definitely coming to India and soon. 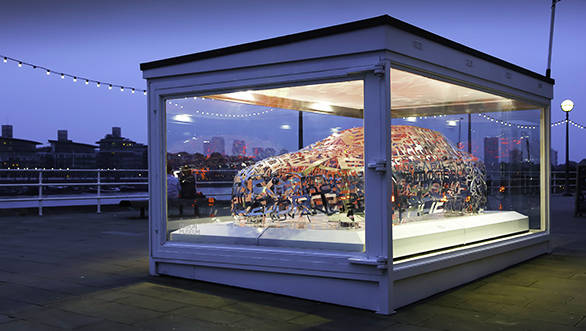 Jaguar director of design, Ian Callum, says, "It has been an enormous amount of fun bringing a word cloud of XE and everything it means to life. It's hugely satisfying to be recognised by London Design museum and to have our work become part of London Design Festival."

The XE will be unveiled in a few hours from now and OVERDRIVE Editor and team members are already in UK to cover it live. So stay tuned to the site and our Twitter feed for all the updates. 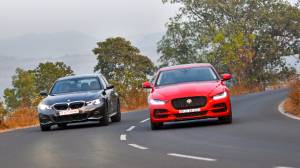 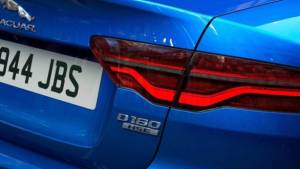