Following Mercedes-Benz and Audi, now Jaguar Land Rover is all set to have a new naming strategy for its cars. The new nomenclature of its cars should come in soon with the launch of the Range Rover Velar. Unlike the Germans here, Jaguar Land Rover has a rather simple naming scheme. The fuel type will precede the brake horse power of the Jaguar Land Rover car. For example, if its a 400PS diesel, then the badge will read D400. There will also be an AWD badge depending on whether the car/SUV has it or not. While the Range Rover Velar badges already have been using this nomenclature, the Jaguar F-Type was recently spotted with a P380 badge in the UK. It is also speculated that the naming strategy will also try and keep it to round figures. So for example, if the vehicle makes 286PS, the badge is likely to read P290 or D290. 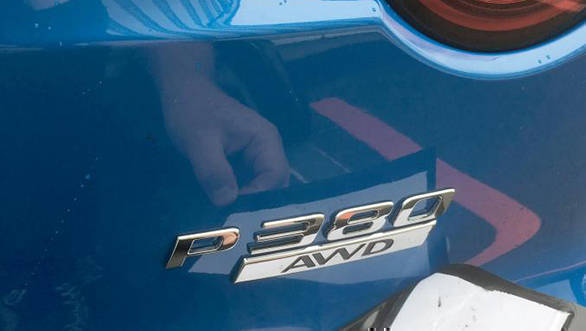 Jaguar Land Rover is looking to introduce electric or hybrid powertrains from 2020. Jaguar CEO Ralf Speth was quoted as saying "Every new Jaguar Land Rover model line will be electrified from 2020, giving our customers even more choice. We will introduce a portfolio of electrified products across our model range, embracing fully electric, plug-in hybrid and mild hybrid vehicles.". The electric vehicles from Jaguar Land Rover may have a slightly different nomenclature but this is still a speculation and the actual details will be out when JLR sends out an official announcement. Jaguar Land Rover is also said to be looking to buy out other manufacturers or forge a partnership with them. This move could help them penetrate into markets that once were impregnable for the British manufacturer or even help them boost their electric vehicle roll out plan as well as bring synergies to the autonomous driving technologies.