Jagan Kumar has created history at Round 2 of the FIM Asia Road Racing Championship at Sentul, Indonesia. Competing in the Suzuki Asian Challenge, Kumar was on pole position for the race, from where he took a commanding victory. 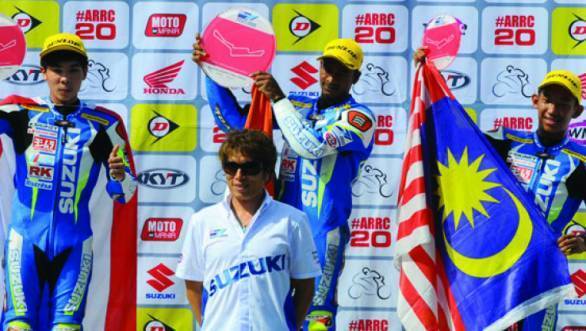 "This is my first international win and I am so happy to be able to gift this victory to all two wheeler fans in India. Let's hope that this will be the beginning of more victories to come," said Jagan.