Isuzu India has just announced that legendary cricketer Jonty Rhodes will represent the company as brand ambassador. Rhodes who is currently fielding coach for the South African national cricket team will has been named as the ambassador for the D-Max V-Cross pick-up. The company intends to showcase the capabilities of the V-Cross as a lifestyle vehicle. Speaking at event for the announcement, Rhodes said that he has been driving and driven around in pick-up trucks since he was a child. His father, a teacher, drives a pick-up truck even at 78 years of age, he said. Meanwhile, speaking about India's importance for Isuzu, deputy MD of Isuzu India Ken Takashima said that the company is now considering India as an export hub for various regions, a step which it has begun with exports to Nepal and Bhutan already. 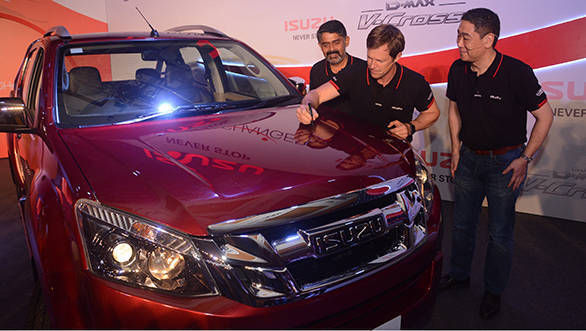 Below is the full press release from Isuzu India:

Manufacturer of the lifestyle and adventure Pick-up, ISUZU D-MAX V-Cross, Isuzu Motors India has signed on former South African cricketing legend and an adventure enthusiast, Jonty Rhodes to promote the brand and V-Cross in India; The announcement comes at a point when ISUZU is establishing itself rapidly as an important player in the Indian Pick-up and Utility Vehicle market. The association brings together a distinct combination of lSUZU's thrust on 'Never Stop' philosophy and Jonty's strategy & excellence of being 'game-changer' in the world of Cricket. ISUZU launched its latest commercial, featuring Jonty Rhodes, underscoring the message 'Be the Game Changer' at a press conference held in Mumbai, today. Jonty drove the V-Cross to mark his association with ISUZU in India in the presence of senior management executives, business partners and media.

The association with Jonty Rhodes is an embodiment of what lSUZU has been doing over the last 50+ years, making world-class Pick-ups for both personal and commercial segments across geographies. ISUZU Pick-ups are meticulously designed and crafted perfectly to meet the needs of global customers. It continues to prove its versatility and unmatched prowess across many developed markets and has been a frontrunner and catalyst in bringing the change in those markets.

ISUZU has always celebrated sports and adventure over the years by proving its mettle in some of the most demanding rallies in the world. It continues to leverage its Rally DNA in rallies like Dakar, Silk Way Rally & British Cross Country Championship (BCCC) to name a few, where ISUZU has carved a niche for its reliability and performance.

Jonty Rhodes, known for his impressive and outstanding cricketing career, brings in a lot of value to the brand ISUZU and stands for everything that clearly defines its core attributes of reliability, performance, excellence on one hand and innovative, consistent and aspirational on the other. Jonty has built an identity in the game of Cricket and continues to inspire many with his unstoppable pursuit for adventure, travel and sports. He strongly reflects a modern Indian who is largely aspirational and willing to explore a new dimension in life.

Isuzu D-MAX V-Cross is a one of a kind vehicle that has played an important role in effecting this change in the country. It is a perfect vehicle for the aspiring young Indians who seek a new lifestyle and complements the dynamism and attitude in them. V-Cross has brought in a paradigm shift in the automobile market and has empowered the aspiring indian to 'be the game changer'.

"Jonty perfectly represents the brand's values and his association encapsulates what we intend to do in this country", says, Mr. Ken Takashima, Deputy Managing Director, Isuzu Motors India. "Jonty Rhodes, an internationally known sportsman, brings with him unique qualities that differentiated him as a 'game-changer' in the international cricket. He continues to be an active adventurer, surfer and a traveller, endorsing many aspirational traits of the growing Indian population. The V-Cross, lifestyle & adventure Pick-up, has been a catalyst in bringing about a new lease of life to the people and adventure enthusiasts in India. The Indian Pick-up market is growing significantly and we have been witnessing a strong inclination towards the V-Cross. We are happy to have carved a niche in the Indian utility vehicle market. We are thrilled and excited to associate with Jonty and / am sure this will make the brand & the V-Cross even more exciting and aspirational in the days to come. "

Commenting on the association, Jonty Rhodes said "i am pleased to be associated with a legendary brand that makes reliable, durable and performance-oriented vehicles. Coming from country where Pick-ups are commonly used as a personal vehicle for daily commute and weekend getaways, I am equally excited to endorse such a versatile vehicle like the V-Cross in India from a world-renowned manufacturer of automobiles. India is a phenomenal country and / have had the opportunity to be closely associated with this country, doing new things and meeting new people. I am tm/y excited to be associated with ISUZU in India and I look forward to an amazing journey with the brand. "

Isuzu Motors [India has been selling the world-renowned ISUZU D-MAX Pick-ups and mu-X SUV in india. The lSUZU D-MAX is tough, refined, encompassing aggressive styling and levels of safety plus lSUZU's legendary durability and fuel efficiency. The V-Cross continues to be the preferred lifestyle and adventure vehicle in the country, while the ISUZU mu-X makes for a versatile family SUV. The company also sells the commercial range of ISUZU D-MAX Pick-ups for the growing businessmen.

Isuzu Motors India recently rolled-out the 10,000th vehicle from its manufacturing plant in SriCity, Andhra Pradesh, since its start of production in April 2016. The company had already crossed a cumulative sales of 10,000 units in March 2018, which includes the vehicles that were sold before SoP at SriCity. 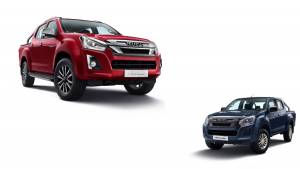 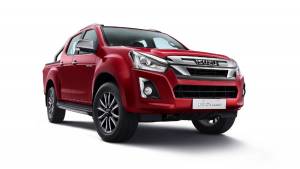 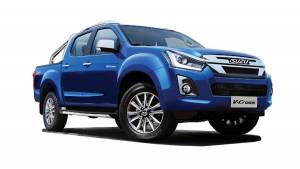