Is this the ten millionth Ford Mustang that rolls out of the Michigan plant this week?

Ford will be reaching an important milestone this week, that of manufacturing ten million units of its most popular offering the Mustang. While we believe the American car manufacturer will be sending an official release mentioning about the model that reaches this milestone, spied pictures of the same have already surfaced online. These images have been shared by Evan J. Smith on his Instagram profile. 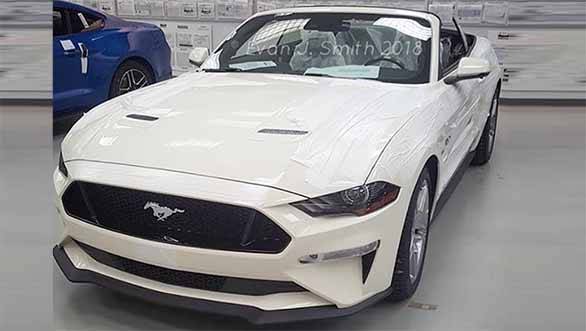 Evan states, "Can you guess the significance of this convertible Mustang? Hint, it's Wimbledon White and it's a really important milestone" as an caption underneath a Wimbledon White Stang. It is already known than Ford will be rolling out the ten-millionth Mustang from its Flat Rock, Michigan assembly plant in the US, scheduled to take place shortly.

Can you guess the significance of this convertible Mustang? Hint, it's Wimbledon White and it's a really important milestone. ________________ #5point0 #convertible #fordpower #mustang #pony #mustanggt #special #keeper

In case this is the ten-millionth Stang to actually roll out from Ford's plant, it will be the 460PS 5.0-liter convertible draped in a shade of while Wimbledon. What makes this post believable is the fact that this shade is not available on the 2019 models of the Mustang. In fact, this shade was used on the first pre-production convertible model of the Mustang and not the one that eventually went on sale in the American market. Going by the interesting hashtags, this particular car will not go on sale and instead make its way into the Ford archives. Let's wait for Ford to make an official comment on this. 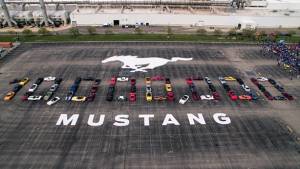 10 Millionth Ford Mustang rolled out of the...
Advertisement