There's just a couple of days to go before the 2014 Indian Rally Championship kicks off on the tarmac stages of Nashik. And we're really very excited about the season-opening round of the IRC. The Nashik Rally is known as one of the best organised events on the domestic rallying scene and the Western India Sports Association's tremendous attention to detail is in evidence in every little aspect of the rally. From the terrific stages to the efforts taken to ensure that fans get up close to the action. And here is exactly what you need to know ahead of the 2014 Rally of Maharashtra. 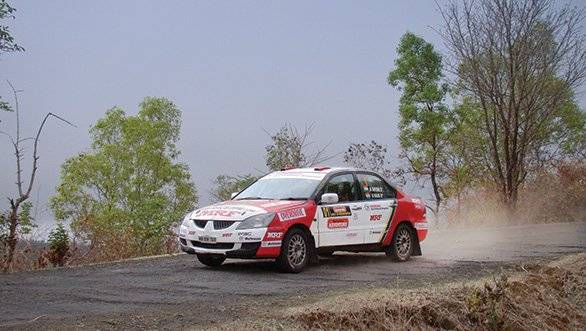 Run on the internal roads of the Dadasaheb Phalke Smarak, the 2km long SSS will allow rally fans the opportunity to view the event from vantage points, take photographs of all the action and also get the chance to meet and interact with competitors. The winner of the SSS will be available to meet and greet fans after the stage. Good autograph grabbing opportunity!

This stage is located at Manhere village, 6km from Bhandardara, and is 12.40km long. The spectator point that has been picked is terrific, allowing fans a clear view of seven hairpin bends, which means they get to see rally cars throw themselves through corner after corner all in the quest of the fastest stage time.

The longest stage, with a length of 16.94km, is also the most scenic, with picturesque windmills and the Pachpatta Fort in the background. The spectator point at the Windmill Stage allows you to look over almost 2.5km of the stage, following rally cars as they go flat out all through.

At a length of 6.8km, this is the shortest stage of the event. The spectator point at Sangvi is set in the ghat section and allows for shutterbugs to take long pans of the rally cars as they make their way uphill.

Another reason the 2014 Nashik Rally is so very spectator friendly is because it features a Rally Hub that is located no more than 2km away from all three stages. Access to timing information and stage leaders is available here, making it easier to follow the rally. Fans should also note that entry to all stages closes an hour before the stage goes live.

What sets the 2014 edition of the Nashik Rally apart from its predecessors is the fact that the Service Park and Parc Ferme are both located at the City Centre Mall. For spectators this is ideal - grab a bite to eat and then go corner your favourite rally driver and see whether he'll give you an autograph or a couple of tips on how to be Indian rallying's next big thing.