Ian Hutchinson took his 16th career TT victory, with a win at the four-lap Superstock race at the Isle of Man yesterday. The Tyco BMW rider won by 22 seconds from Peter Hickman who finished second. It was Hutchy's fifth victory in the Superstock class, which makes him the most successful rider in the category. Third place went to Dan Kneen, who took his first ever podium finish at the Isle of Man. 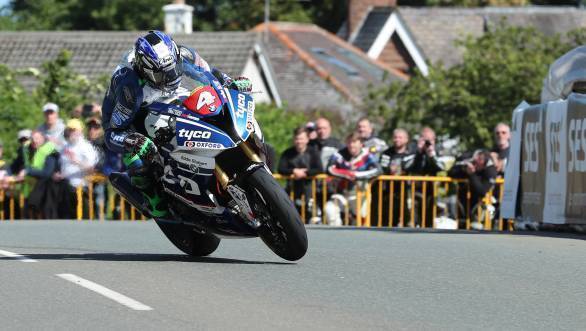 The victory was Hutchinson's second of the week, after he also won the first Superbike race of the 2017 Isle of Man TT. Hutchy managed to claim the lead on the first lap, continuing to get faster as the race progressed. Hutchinson clocked two laps that were over 131mph, setting the fastest lap of the race along the way (131.639mph). Hutchy was delighted after the race, especially since he only managed to put in one lap on the motorcycle during practice. 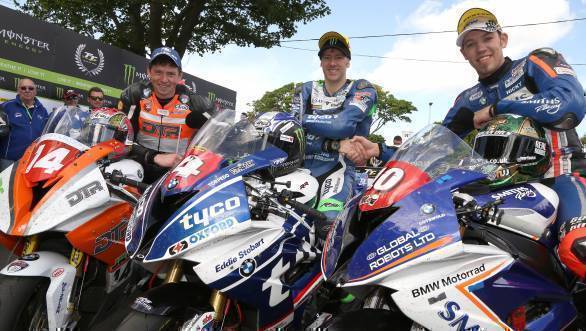 The fact that Hickman, Kneen, and Rutter finished second, third and fourth ensured that BMW filled the top four positions during the race. Fifth place went to Dean Harrison astride a Kawasaki, while Michael Dunlop ended sixth and William Dunlop ended seventh.