Hero MotoSports Team Rally is about to embark on their second attempt at the Dakar Rally. The team currently comprises three riders - CS Santosh, Joaquim Rodrigues and Oriol Mena. Ahead of the event, we caught up with the team manager, Speedbrain's Wolfgang Fischer, to find out about their approach to the 2018 Dakar, the strategy for each of the riders, and the motorcycle that they will field at the event. 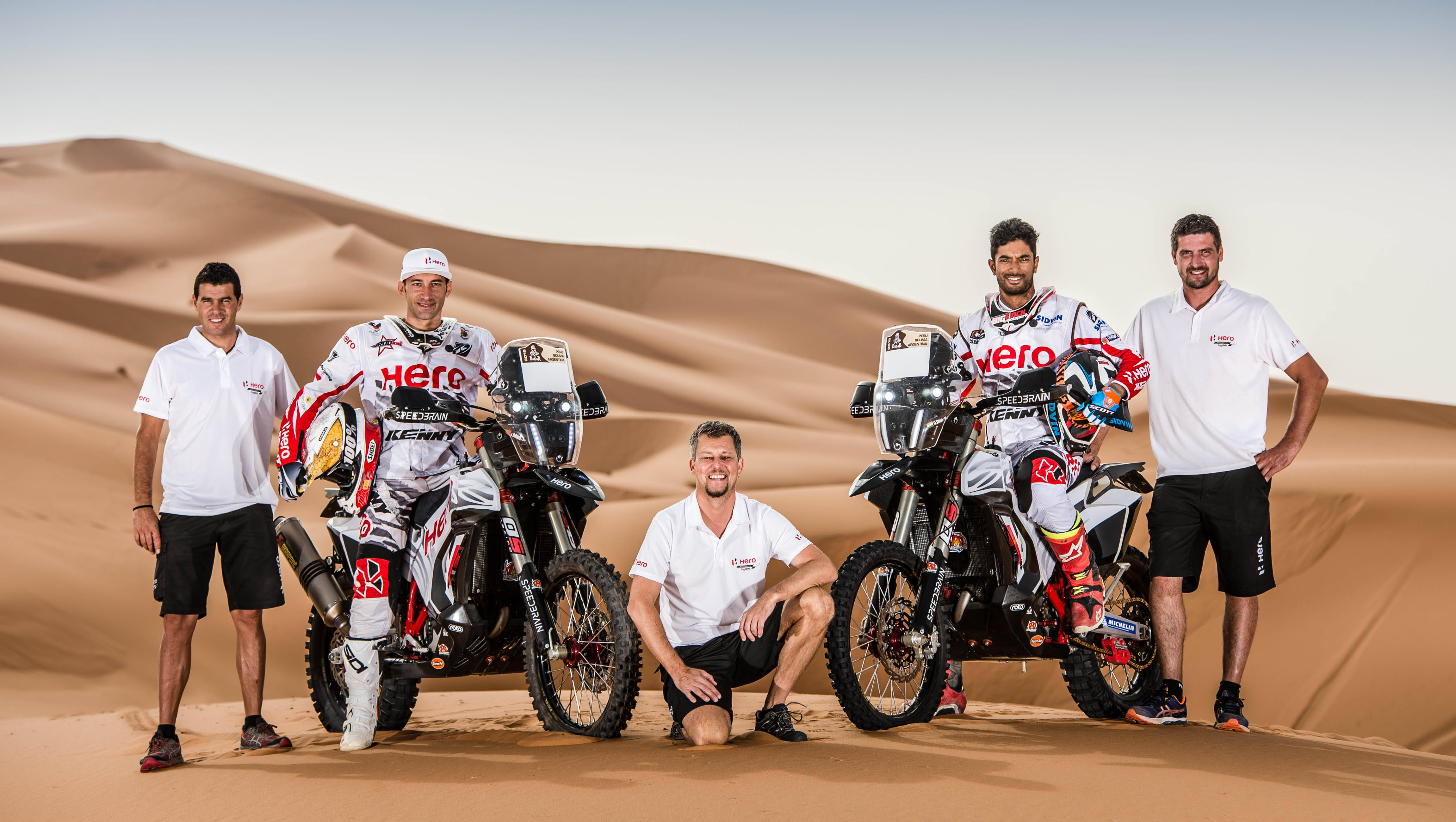 Joaquim Rodrigues and CS Santosh are readying themselves for Dakar 2018. Guiding them through the event, in addition to their mechanics, is team manager, Wolfgang Fischer (centre).

On the key areas of development ahead of their second Dakar
The Team made an impressive beginning in the world of rally racing in 2016  its debut year. Not only did the Team finish in all the rallies it participated in across the globe, it also managed a couple of podium finishes including a victory and an impressive finish at the Dakar rally in January this year. In our second year, we are looking at expanding our performance horizon, starting with rider preparations. As a part this vision, we started an initiative to identify new talent and nurture them into professional rally riders. The first rider under this initiative is Oriol Mena of Spain - the Enduro Junior World Championship 2009.

In terms of our preparations for the Dakar Rally, our main focus during the year has been on improving the bike. As this year the tracks get more technical, our aim has been to improve the 'tool' of the rider, his bike, to help him in his work, which is to win races. Towards achieving these performance improvements, we augmented the ergonomics of the bike and redesigned the tank to shift the center of gravity of the bike. Additionally, few other design changes were made which assisted in weight reduction. It is also easier to maintain this bike.

On the new motorcycle for Dakar 2018
It is not a completely new motorcycle, but an evolution of the well-proven Dakar 2017 bike. There are of course several aesthetic changes made to it, apart from the up-gradations under the skin. This new bike made its debut at the OiLibiya Rally in the month of October and it goes without saying that we are very happy with its performance. The riders are happy with the set-up and geared up to improve on their Dakar result from last year.

On their three riders, with different levels of experience, at Dakar 2018
We will have three riders participating at the Dakar 2018, including the promising Dakar-rookie Oriol Mena. A professional rider always wants to improve and finally win, so the target for all riders will keep going higher from event to event. While we work with each rider separately, the goal of the entire team is always aligned, which is to continuously improve. Each rider will try to improve on the 2017 results, but first target is always to finish the race. 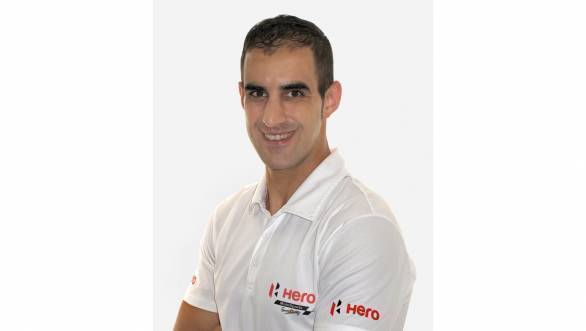 This year, Oriol, the rookie has to learn how Dakar works. During the course of the race, the strategy will depend on the existing situations. The first week will be very hard with lots of sand and also because it is longer than 2017, so the plan will be to conserve energy and take care of the bike to begin the crucial second week on a strong front.

On Joaquim Rodrigues
JRod is a mature and clever rider. He knows how to pace a race and times his moves to perfection. So far, he has shown ability to move up the ranks step by step and not pushing the limits, thus preventing setbacks because of accidents or injuries.

His performance last year at all rallies has really been very impressive, with multiple podium finishes, including a victory. He is highly experienced and talented and has already proved his mettle at several prestigious platforms, such as the American Supercross, Motocross and Enduro World Championships. We definitely look forward to another good result from him this year at the Dakar.

On CS Santosh
CS is very ambitious and is always working to improve. We are happy with our progress since we started working together and taking the right steps towards the future. This year with the new improved bike, he can focus more on his riding and navigation. He is working a lot on himself to be better prepared physically and mentally, because in long races it is important to keep the concentration level and mental strength, besides the physical fitness. We hope all preparations will help him achieve better results this year.

On the team's expectations from the Dakar
We have participated in several international rallies this year and our results have been quite encouraging. Last year's Dakar was just the beginning for us, and since then we have come a long way, but we still have a long way to go. I would be happy to see each rider improving. And we will do everything we can, to bring them to the finish line. As there is no 'Dakar simulation' possible, we are still in the 'testing phase' of all the new parts of the new bike; so our first target is to make it to the finish line. We will take it from day to day and hope we can improve on our 2017 performance.