Triumph's recent line-up of classic bikes -  including the Street Twin, Bonneville T120 and Thruxton - have been very well-received, so it's only natural that the British company adds to the retro line-up. Triumph took the wraps off two new motorcycles at Intermot, the Street Cup you see here and the new Bonneville T100. 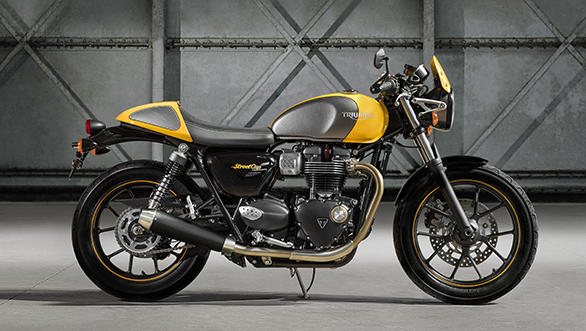 The Street Cup cafe racer is based on the Street Twin

The Street Cup is based on the Street Twin and uses the same 900cc parallel twin motor that produces 55PS and 80Nm. The exhaust system is new with shorter upswept end-cans that Triumph says offers a 'unique, raw, rich and full soundtrack'. Visually, the bike receives a big makeover to turn it into a great looking cafe racer. It also gets lower handlebars, more rear set footpegs and a single seat. Triumph says that the rear suspension is new as is the twin-pot Nissan front brake calliper and floating disc. 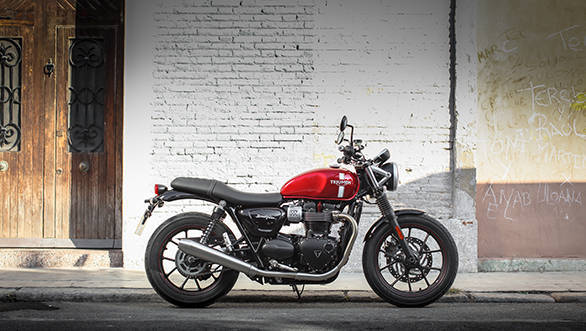 The Street Twin is already on sale in India

As with the Street Twin, safety features include ABS and traction control while ride-by-wire and a torque-assist clutch continue. Triumph will offer over 120 accessories to further customise the Street Cup. We expect to see the Street Cup go on sale in India in early 2017. 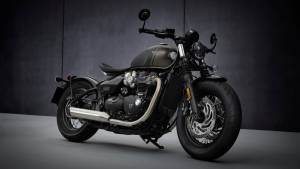