Along with the 2017 MT-09, Yamaha also unveiled the 2017 MT-10 at the Intermot 2016. There are not many changes on the new MT-10 compared to the outgoing version. The new Yamaha MT-10 retains the same engine but gets a new quickshift system as standard. The ECU has been remapped to deliver better throttle responses. It is expected to go on sale across Europe from February next year.

Yamaha also showcased an SP version of the MT-10 which gets Ohlins electronic racing suspension, TFT instrumentation and a unique paint job. Just like the Yamaha R1, the MT-10 SP version gets a Suspension Control Unit (SCU) which uses numerous sensors to collect data pertaining to the suspension movements according to riding style and analyses them. It then concludes what will be the near ideal compression and damping settings for the particular condition and automatically changes them. 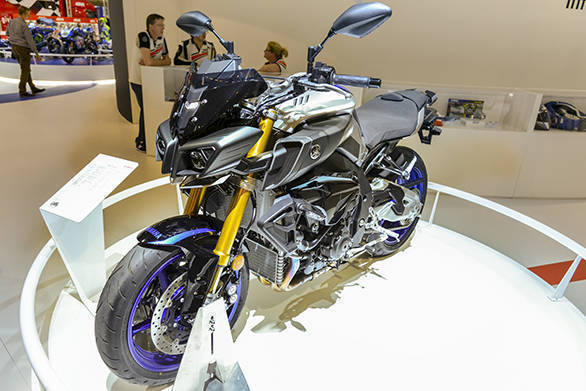 The rider can access the SCU setting via the instrument console. Just like the 2017 MT-10, the SP version is also likely to reach Yamaha showrooms across Europe by February 2017.