INRC 2019: Rally of Jodhpur gets underway on September 21

The third round of the 2019 Indian National Rally Championship begins on Saturday, September 21. The rally will feature over 50 drivers including JK Tyre Motorsports backed Gaurav Gill, who comes to the sandy stages around Jodhpur after a WRC2 outing at the Rally of Turkey. Gill is a three-time APRC and six-time INRC champion. Gill will be piloting his newly developed XUV300 which in this R2 specifications turns out close to 115PS. 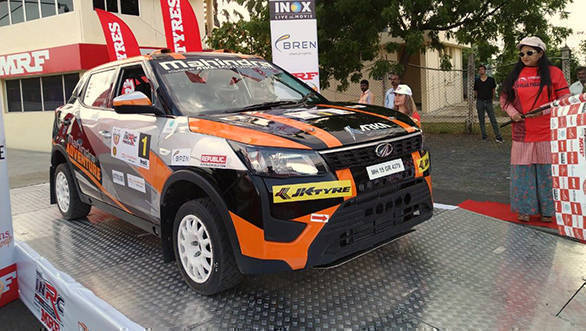 Other notable entrants will be the other JK Tyre backed duo of Dean Mascarenhas and Shruptha Padival who won the opening round in Chennai and are now placed second overall in the championship. In the INRC 2 category, Younus Ilyas along with navigator Harish Gowda will look to repeat their win from the last round in Coimbatore. Other contenders to look out for will be  Chetan Shivram and Dilip Sharan who were overall as well as INRC3 winners at the last round in Jodhpur.

This is the third of six rounds of the 2019 INRC and will be held between September 20 and 22.