The final round of the 2019 INRC season has started on an exciting note. The six tricky tarmac stages, conducted on the first day of the Popular Rally, have seen many drivers fall prey to the technical driving needed around these narrow roads cutting through Kerala's green countryside. 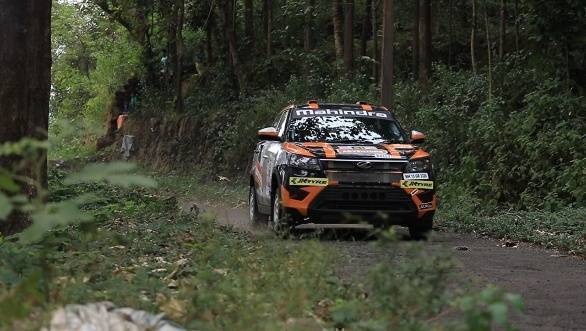 Mahindra Adventure's Gaurav Gill put up a strong show. He led the timing sheets through the day, and given his 55s lead, is well poised to win the rally if no untoward incidents occur. This is a big step from the end of the last round - he was placed sixth overall but a win here could see him finish in the top three in the championship. Although, mathematically, his chances of an outright win are over, as he won't be able to make it past current leader Chetan Shivram. Shivram was one of the seven cars that didn't finish the rally today. He suffered a massive crash earlier in the day, but his 75 point lead will ensure that he still wins the title. Shivram is currently also leading the INRC3 category.

Younus Ilyas (Harish Gowda) and Dr. Bikku Babu (Milen George) were the other two standouts after the first day. They finished second and third overall respectively. Ilyas/Gowda also won two of the six stages. Babu, and Dean Mascarenhas(Shrupta Padivel) in fourth, currently have the same points, which should lead to some exciting moments in deciding the INRC2 category winner. 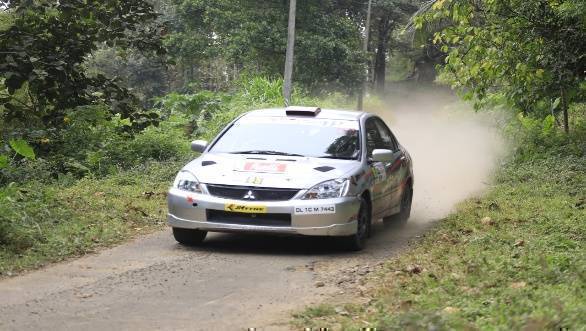 Shivram's incident meant that Aditya Thakur/Virender Kashyap lead the INRC3 category at the rally. But Fabid Ahmer/Sanath G, currently seven points behind the leader, have a good shot at the category title. The team of Suraj Thomas/ Shob George ended on top in the INRC4 Category

Day 2 of the Popular Rally will see three more stages. Over the course of the rally, the drivers will cover 530 km, 121 km of which are competitive stages. The event is being held around Chotti, Pinnakanad and Kunnonny areas near Kottayam.