The Heritage Transport Museum, the first of its kind in India, will celebrate its third anniversary on December 10 and 11, 2016. It was officially opened on December 07, 2013, and is around 65km away from central Delhi. Despite that, the museum has brought in over 2,00,000 visitors till date. These include schoolchildren, university students, domestic and foreign tourist groups, members of automobile clubs, architects, researchers and designers.

In 2016 alone, the museum has won two awards  the National Tourism Award for being the most innovative and unique tourism project in the country and the 2016 Travellers' Choice Award by TripAdvisor. 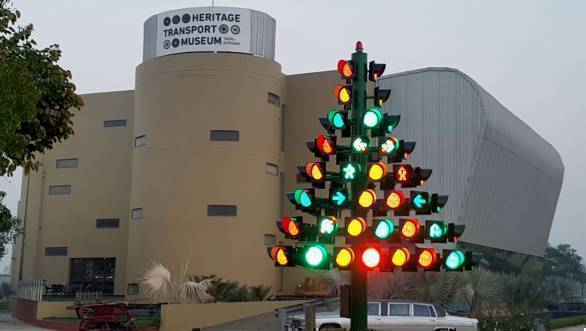 As a part of the third anniversary celebrations, the museum will unveil a 20ft tall sculptural installation called the Traffic Tree. This installation has around 87 traffic lights depicting various signals, and has been designed and curated by the museum's in-house team. With this installation, the museum pays tribute to road safety and highlights the importance of traffic lights to its visitors. The museum will also introduce a crystal-encrusted Royal Enfield motorcycle which collates heritage and contemporary art.

Visitors will be able to go on horse and camel cart rides as well as try painting a real Mercedes-Benz car. The museum is expecting more than 2,000 visitors during the celebrations. 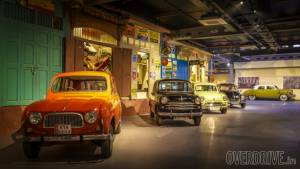