Team OD Updated: October 18, 2019, 02:44 PM IST
The Sherco TVS Rally Factory team has announced its rider lineup for the 2020 edition of the Dakar Rally. Four riders will represent the team at the event - Michael Metge and Johnny Aubert from France, Lorenzo Santolino from Spain, and rising rally-raid star Harith Noah, from India. 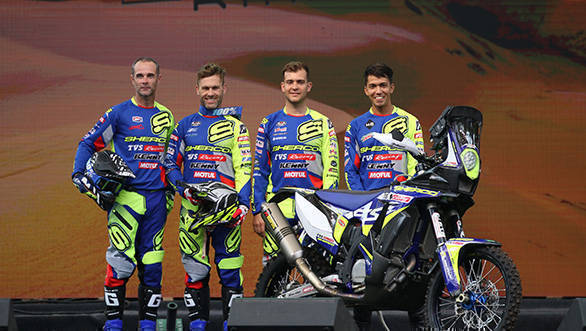 The Sherco TVS riders for the 2020 edition of the Dakar Rally, from left: Johnny Aubert, Michael Metge, Lorenzo Santolino and Harith Noah

Unfortunately, Aravind KP, who successfully completed the Dakar Rally in 2019, has been ruled out for the 2020 edition of the event due to an injury sustained during practice earlier this year. It has been reported that he has injured his tibia and fibula, putting him out of contention.
This will be Metge's seventh Dakar attempt, while Santolino will be competing in his second Dakar. Johnny Aubert, who finished sixth in the Dakar Rally in 2018, and is a two-time World Enduro Champion, is  the team's third rider, and one they will be banking on. Harith Noah, who has already posted impressive performances in international rallies, will be the team's fourth rider. 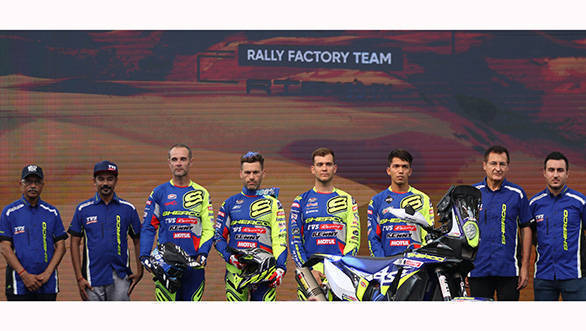