The last day of the Indian National Racing Championship Round 2, Sunday, June 24, saw Ashwin Datta and Arjun Balu continue their winning form. Datta is a 19-year old from Chennai is making his debut in the MRF F1600 class, while Balu, 43, marked his return to racing in the Indian Touring Class after a five-year break. 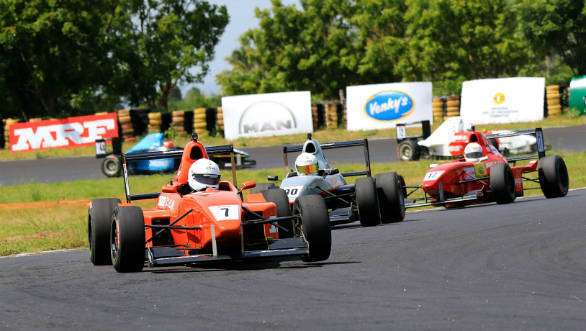 Datta made up three places in the first lap before a safety car incident stalled his progress. He eventually got past the front-runners to win ahead of Bengaluru teenager Yash Aradhya and Chennai's Nabil Hussain. He repeated his good form in the second race of the day as well.  Earlier Datta also finished in 2nd place in the LGB 1300 class by finishing second behind Nabil Hussain (MSport) while Sohil Shah (MSport) came in third.

Arjun Balu also had a similarly good outing. He started the Indian Touring cars championship race for Day 3 in fourth place due to the reverse grid format. A safty car incident on lap 2 had no effect on his race and he went on to win comfortably. Ashish Ramaswamy (ARKA Motorsports) improved on his non-classification on Saturday by moving up from 11th to second ahead of veteran B Vijayakumar (Prime Racing). 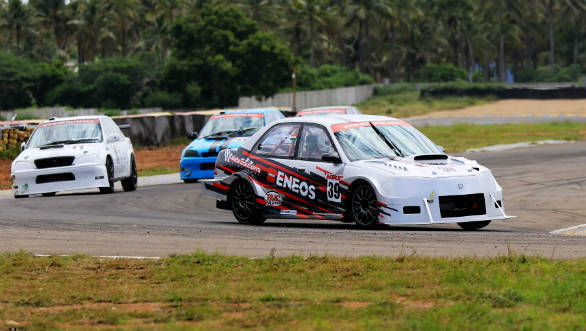 Arjun Balu (No.39), powering his way to second win in the Indian Touring Cars class race

The Super Stock races held later saw a great performance Veeresh Prasad who won after starting 13th from the grid. In the Indian Junior Touring Cars and Esteem Cup categories that were run concurrently with the Super Stock cars, Mikhail Merchant (Team Game Over) from Mumbai and Mamallapuram's Raghul Rangasamy (Performance Racing) took the honours.

Find out about the 2018 Ameo Cup double-header held on Sunday, June 24 here