If you have read OVERDRIVE's flat tracking experience and wanted to get yourself a proper flat tracking motorcycle, you have to wait till 2019. Indian Motorcycle is building a production version of the FTR1200 concept that will be arriving at international dealerships in 2019. This was confirmed by Indian Motorcycle CEO Steve Menneto before the Wheels and Waves festival in Biarritz, France. 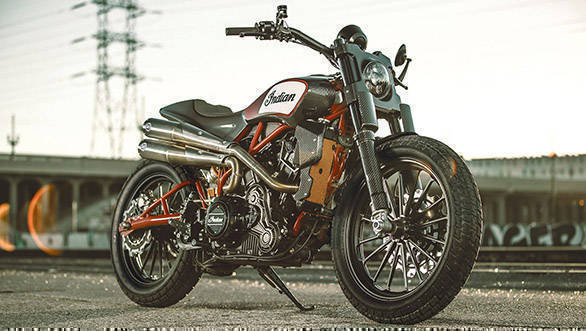 The upcoming Indian FTR1200 is a tribute the brand's FTR750 flat track racing motorcycle that dominated the 2017 American Flat Track Manufacturer's Championship with Indian's Wrecking Crew consisting of Jared Mees, Bryan Smith and Brad Baker finishing first, second and third, respectively. The production version of the Indian FTR1200 will have key differences from the concept but will remain true to the concept in terms of character maintains the classic motorcycle manufacturer. The company has not released any information on the technical specifications but states that the FTR 1200 will embody a flat tracker style, housed in a trellis frame and will be powered by a new V-twin engine. It is still not clear if the 2019 FTR1200 will come with an all-new engine or will retain the 1133cc water-cooled engine from the Scout but will get a different state of tune. Additionally, it the FTR200 is expected to get a 18in rear and 19in front, high-spec front and adjustable rear monoshock. We wanted to make sure that the FTR 1200 wasn't merely a regurgitation of the FTR1200 Custom, but something uniquely 'street,' albeit flat track inspired," said Indian Motorcycle Senior Designer, Rich Christoph. "We're thrilled about the character this bike possesses, and its ability to take American V-twin motorcycles into new territory." 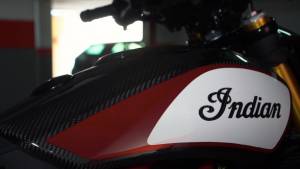 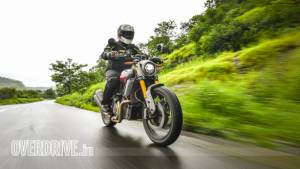