The winter chill in Pune may have just set in but be prepared for the temperature to rise up a few notches, come December. Because the India Superbike Festival is here again and if our previous two experiences of the ultimate motorcycle gala in the city are anything to go by, then, yes, the ISF 2014 is going to be a deliciously hot affair for all you biking enthusiasts.

If you think that India is not yet ready for big bikes, then head to Amanora Town Centre, Pune, between December 6-7, 2014 and you're bound to be blown away. We're planning to paint the landscape of the Oxford of the East in everything motorcycle - from vintage and classic makes to exotic, high performance sportsbikes. And if the epicness of hundreds of big bikes in the flesh doesn't whet your appetite enough, there's also the coveted loudest motorcycle title to fight for and the chance to scorch tarmac and rubber in a smouldering burnout.

Take a look at what the ISF is all about, in the following video:

While there's all that noise and fireworks one usually associates with motorcycles, there's little else more visceral than the deep connection that bikers share  and what this festival does is give them all a chance to experience that sense of belonging and exchange ideas. Whether you spend all your waking hours tinkering with and tuning your hog or prefer to simply ditch the spanners and pliers and just ride out into the horizon   this festival is for you. And if your two-wheeled thoughts stretch beyond just those waking hours, then you have all the more reason to be here.

To register for the ISF 2014 Pune, head to www.indiasuperbikefestival.com and gear up for a splendid weekend.

More from OVERDRIVE on the India Superbike Festival: 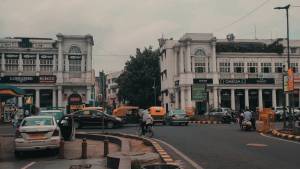 Government proposes 'IN' series of vehicle...