India is the world's leading market for 100cc bikes, but you'd be forgiven for believing that India is instead a hub of big bikes, especially if you were anywhere near Pune's Amanora Town Center Mall on October 19-20, 2013.

Over 500 riders flaunted their big machines (over 600cc) at the second edition of India Superbike Festival (ISF) 2013. So many cruisers, sportsbikes and everything in between turned up that they completely obliterated any other form of sound inside the venue, and up to a kilometre outside. 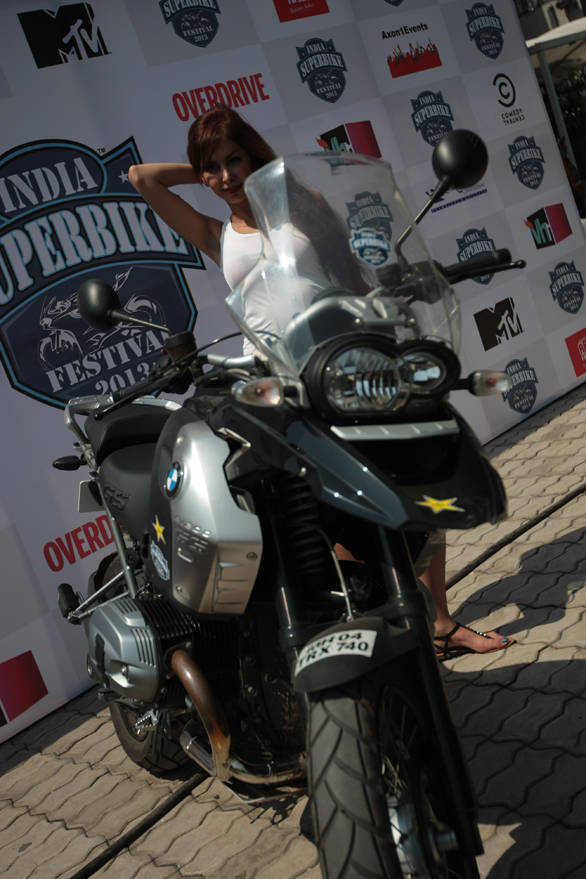 We are not including the Suzuki Intruders, the Aprilias, Moto Guzzis, KTMs, Vardenchis and Hyosungs that were on display at the ISF either. Or for that matter the several hundred bikes in the underground parking which didn't make the 600cc cut. 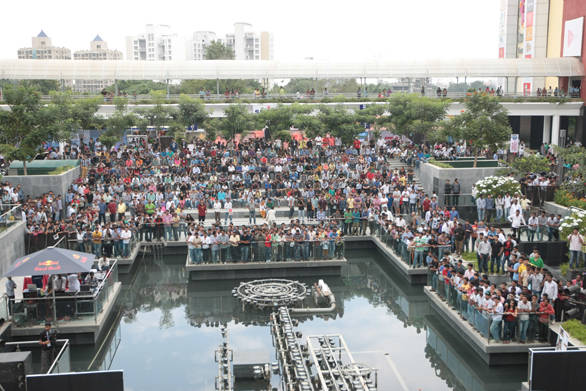 An estimated 1.83 lakh people turned up for the event[/caption]

The Goldwings and Valkyries, the Suzukis, the Kawasakis, the Ducatis, the BMWs and the Aprilias, you name them and they were there. For two days, it was the only place in the country where there was thunder but no rain, and large clouds of smoke without a fire. And this made the nearly 2 lakh awed motorcycle fans in attendance (1.83 lakh to be precise) go completely nuts. There was also the hugely popular display of vintage bikes plus a well-attended Supercross event. 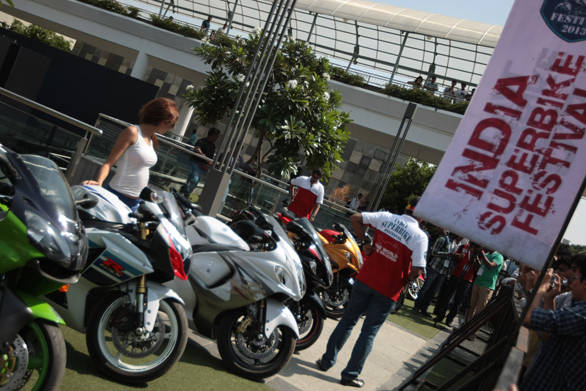 581 bikers turned up with their over 600cc machines

The event was organised by Axon 1 and Network 18 Publishing in association with VH1, Comedy Central and MTV. The radio partners were 93.5 Red FM and Radisson Blu was the hospitality partner. Present at the event were a number of OEMs and safety gear manufacturers including the global safety brand Alpinestars, Dainese as well as apparel brand The Stiff Collar with its rider-specific clothing line. Red Bull was the energy partner and was instrumental in making the five-odd dozen volunteers pull off the superb show. 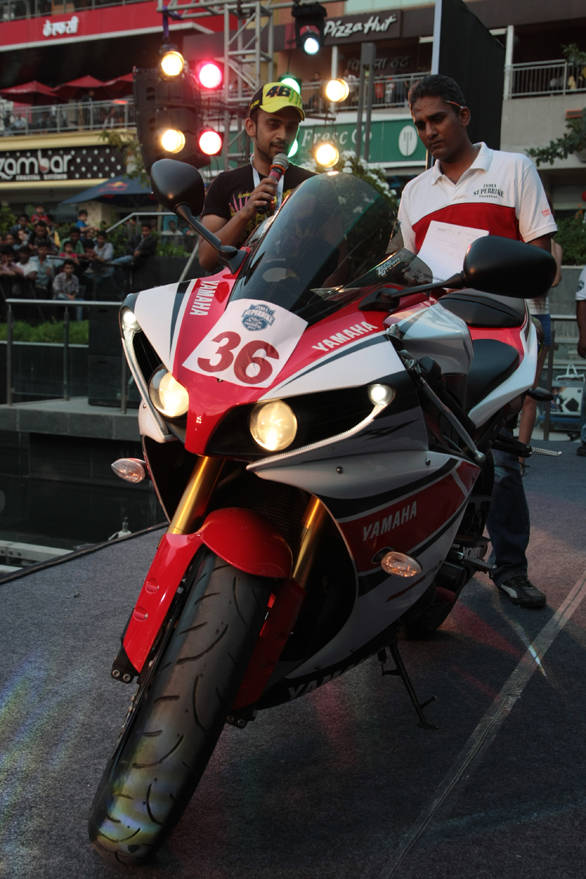 Shumi judging the Yamaha R1 by its cover[/caption]

Among a number of celebrities that participated in the event were singer/songwriter Gary Lawyer and actress/model Sameera Reddy and South star Ajith Kumar.

The hundres of bikes that turned up took part in a number of competitions. The fight for bragging rights for the rest of the year, and some cool gear from The Stiff Collar was on!

The bikers showcased their machines for the loudest and best accessorized bike prizes. Then there was the Female Superbiker Award and big huge burnouts. 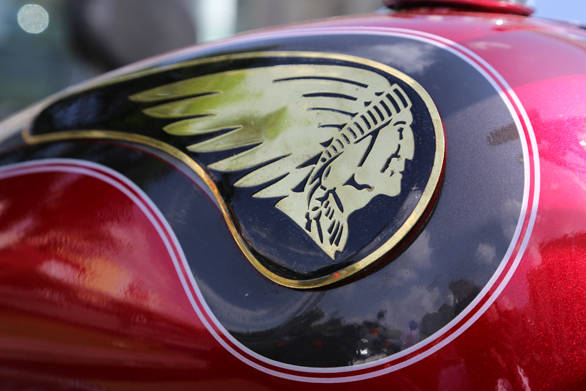 One of the big attractions was the vintage section where some of the bikes on display were as much as a century old. But don't get fooled by their old-world charm. These motorcycles were superbikes of their era. The stars of the show were the 1911 Triumph owned by Nitin Dossa, the 1956 Velocette Venom owned by Sam Solomon, (who had over a dozen rare bikes on display) the 1955 Norton Manx (Dayanesh Samant), 1932 Norton (Nilesh Agar) and 1944 Indian Chief (Mandar Phadke). 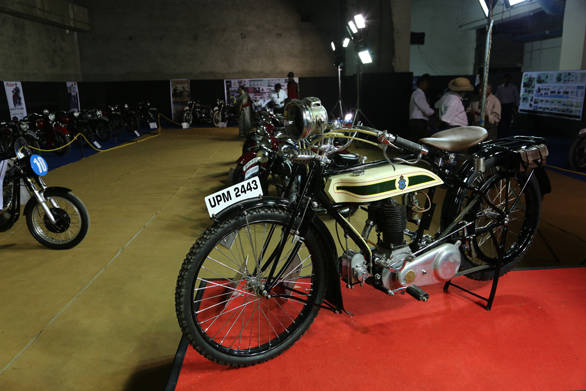 A 1913 Triumph owned by Nitin Dossa

In fact, the venerable Norton Manx even participated in the loudest bike competition and nearly blew away all the modern-day competitors. If the decibel levels of audience response are taken into account, it was by far the loudest. Reuben Solomon and Sam Solomon were felicitated for their contribution to motorcycle racing. 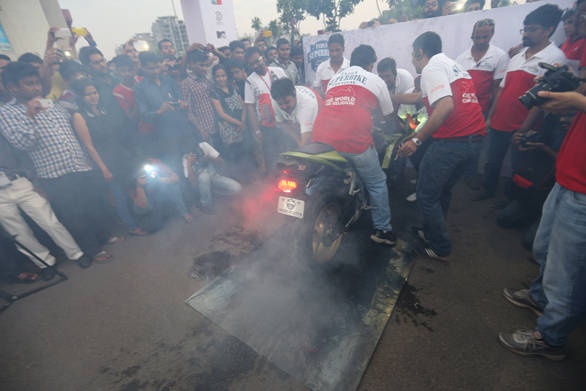 Burnout! It's fun to watch, if you can find a way to not feel bad about the bike

Then there were the burnouts. It's the motorcycle-world's version of the Fight Club. It takes a little madness, a lot of disregard for your bike's well being, and it ends up with shredded tyres and thick, endless clouds of tyre smoke. On Sunday, it Hrishikesh Shrikanth Mandke's rear tyre breathed its last in an epic burnout.

The festival also featured Supercross dirt track and MX bikes. The show event was a precursor to a larger national level Supercross event to be held later this year. 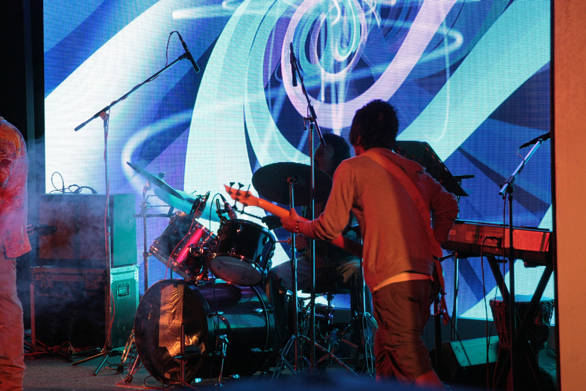 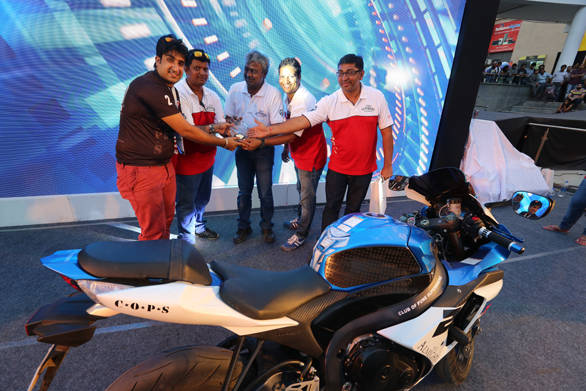 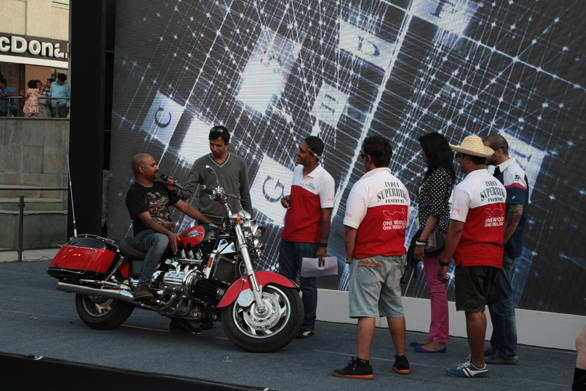 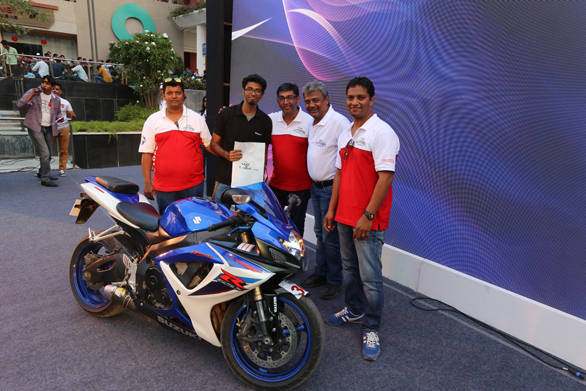 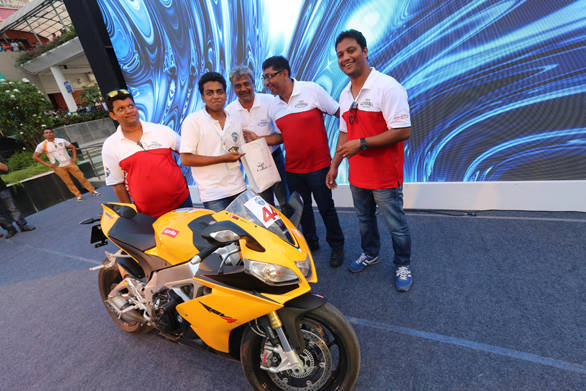 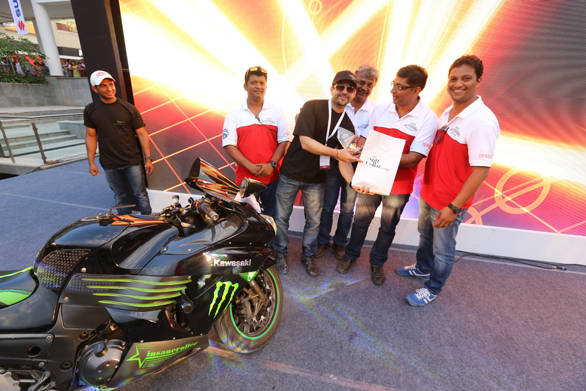 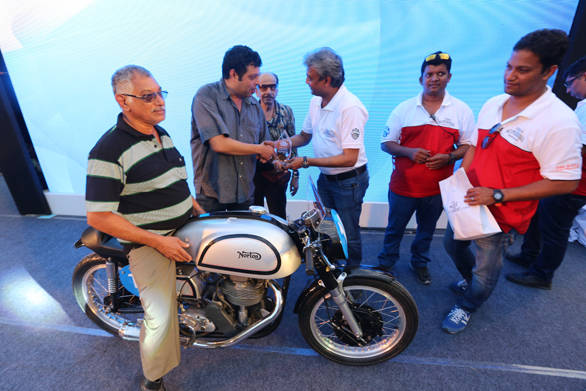 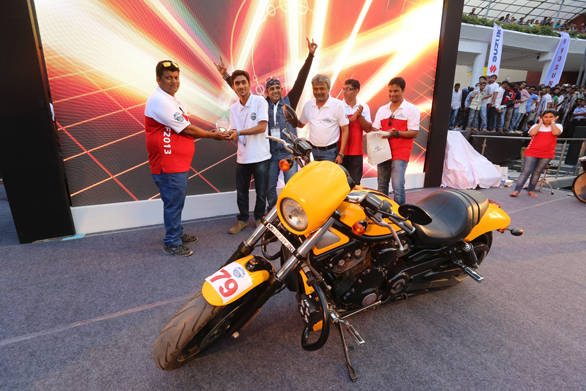