Audi has officially unveiled the new-gen Q3 SUV that looks looks much sportier than its predecessor. The new Audi Q3 will be manufactured at the Gy?r plant in Hungary. Audi states that the vehicles will be delivered in Germany and other European countries in November 2018.  We believe Audi will launch the Q3 SUV in India sometime next year. 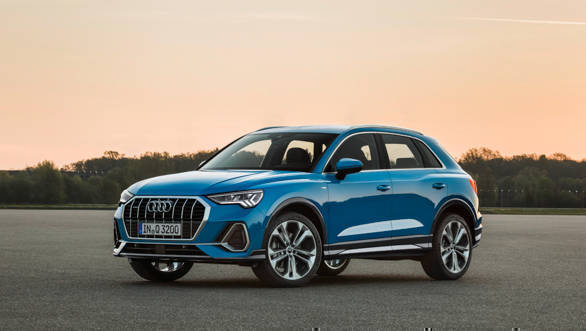 The 2019 Audi Q3 SUV borrows its styling cues from the flagship offering, the Q8 that can be seen from the restyled front and rear bumpers. The front grille has been revamped and looks much larger than the previous offering, Also, the bumpers gets triangular openings, a similar pattern is seen in the recess between the spokes of the alloy wheels. We also likes this shade of blue which contrasts the new design bits on the 2019 Audi Q3. 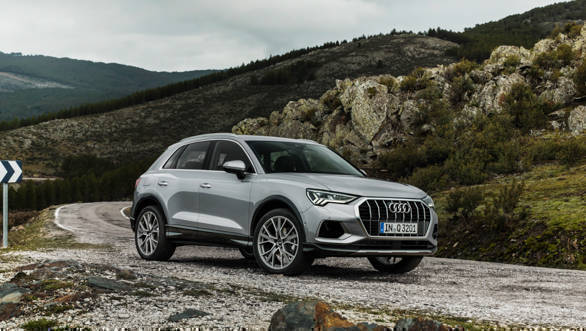 Just like the Audi top-of-the-line models, it features a digital cockpit and a large MMI touch

Based on the MQB platform, the 2019 Audi Q3 SUV does retain its overall silhouette but has grown in dimensions. And that is evident from its design. The wheelbase has been stretched by 77mm, length increased by 97mm and the width is up by 25.4mm.  Thanks to the new platform, Audi has managed to make more space in the cabin, not substantially more though. The boot space too has gone up from 473L to 530L, making it a bit more practical than before. 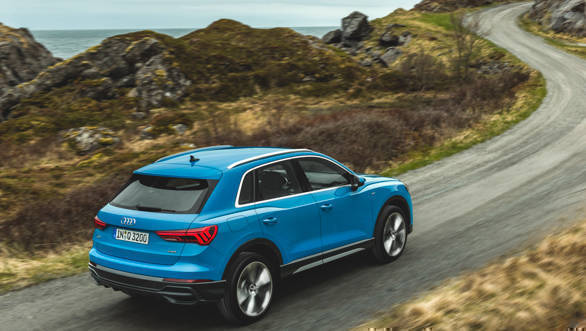 The wheelbase has been stretched by 77mm, length increased by 97mm and the width is up by 25.4mm

The cabin of the 2019 Audi Q3 SUV too has been completely redesigned and looks much more premium than before. The SUV now comes with Audi's digital instrument cluster that is now seen on most of the Audi offerings. The Q8 inspiration can also be seen in the cabin with new design. The 2019 Q3 SUV also gets virtual cockpit system along with a 10-inch touchscreen infotainment system with an updated interface that made it quicker and more user friendly than before. 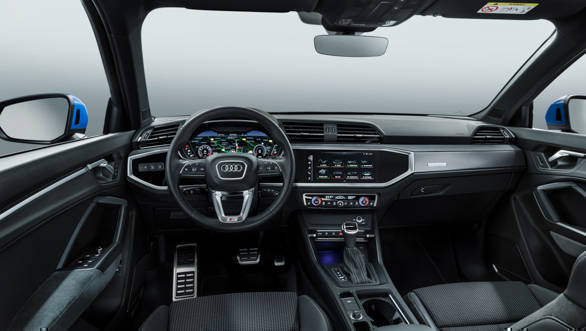 The Euro-spec SUV will be offered with a choice between two petrol and one diesel engine. The 2.0-litre turbocharged petrol engine will continue to do duty on the Q3 and will be offered in two derivatives in the international market, 190PS 40 TFSI and a 230PS 45 TFSI. As has been the norm, Audi will offer Quattro on all powertrains and the transmission unit that will be offered will be the seven-speed S-Tronic dual clutch. 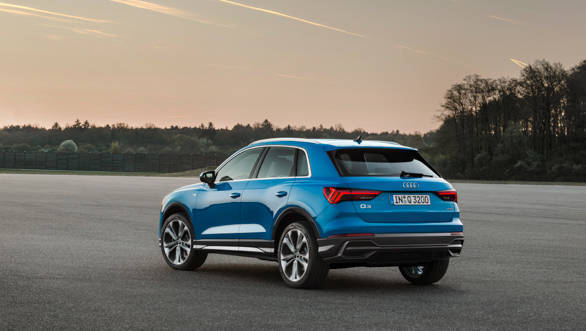