Mercedes has revealed the smallest member of its SUV line-up, the GLA. It will be placed below the GLK and will make it official debut at the Frankfurt Auto Show 2013 to be held next month. 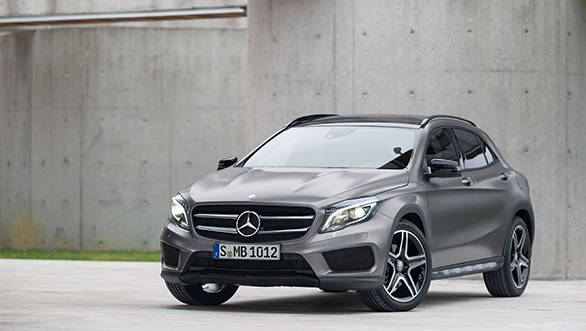 The GLA is Mercedes' smallest SUV 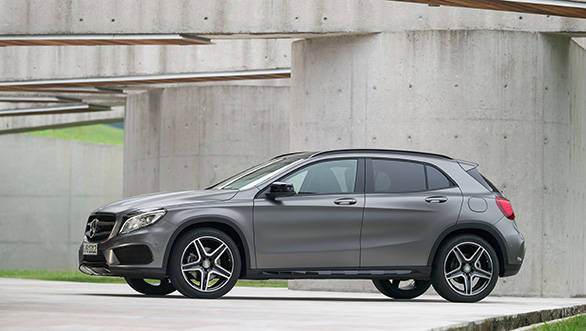 The MFA family resemblance is evident 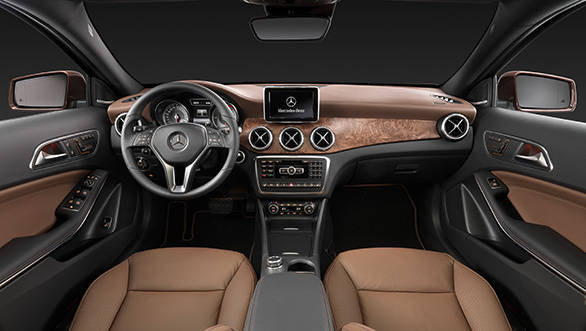 Interiors are carried over from the A-Class

The GLA comes from the same MFA platform as the A-Class. The MFA is Merc's front wheel drive architecture. It is 4417 mm long and has a boot space of 421 litres which can be extended to 836 litres.

The interiors are carried over from the A-Class. Few aesthetic features that stand out are the skid plates and the roof rails.

Orders for the GLA will be taken from the end of November in the UK, and will make it to showrooms in 2014. India could get the GLA sometime next year or in early 2015.

Mercedes has also released a short preview video. Watch below. 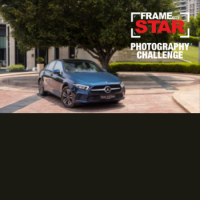