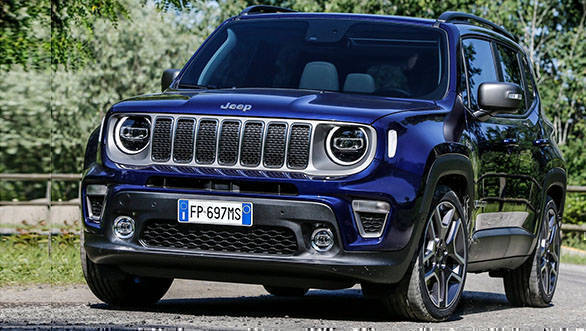 The main change that one would notice on the Jeep Renegade facelift is the aggressive front profile. It gets LED headlights with DRLs, that does look similar to the one offered on the new Wrangler. We must say that the facelifted Jeep Renegade looks a lot more exciting than the previous model. The bumper design has got a more busier and comes with chiseled lower section. While the silhouette remains unchanged, the rear gets new lights and slight tweak in the bumper, all of which makes the new Renegade look sportier than before.

The Jeep Renegade facelift images that have been revealed only show the exterior as the interior design has still not been disclosed. As we had reported earlier, the cabin of the Jeep Renegade too will be updated. The larger infotainment system and the climate control unit seems to have been borrowed from the 2019 Jeep Cherokee. 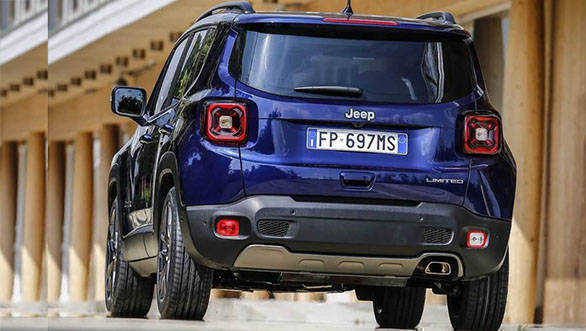 More than the exterior and the interior, the Jeep Renegade facelift is also expected to get an update in the powertrain options. The 2.4-litre unit that been doing the duty in the present model will be replaced by the turbo 2.0-litre that is offered in the 2019 Cherokee and the Wrangler. It is obvious that Jeep will be altering the power outputs of this engine to make it suitable for the Renegade SUV. It is also believed that a mild hybrid unit might be introduced in the Renegade in the future.

Jeep India is also believed to launch the locally produced model in the country. Since the Jeep Renegade facelift will launch in the international markets later this year, we believe, it will be launched in India in 2019. In the five year plan that Jeep and other FCA brands presented recently, a new sub-four metre car is in the works for India in the coming few years. The Renegade, when launched in India, will sit above this SUV. Presently, the Renegade is the smallest SUV in Jeep's global line-up but a new model will be unveiled internationally to sit below it. 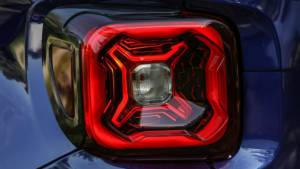