The fifth-generation(W206) of the Mercedes-Benz C-Class has been revealed internationally. The C-Class has been the best selling Mercedes globally for the past decade and for the new generation, the focus has been on electrification and technological enhancement, with the new S-Class being a heavy influence.

The strong association with the flagship Mercedes begins right from the styling, where many of its cues now incorporated into the C-Class. So you have the tapering headlamps with the trapezoidal grille(details dependant on variant) and the bearded airdam. Along the sides, the typical profile of a sedan has been maintained with a pushed-back passenger cabin. Here, like in newer Mercedes cars, the are fewer bodylines but more sculpted surfaces. At the rear, there is a two-part taillamp in the condensed boot section and prominent diffusers styled depending on the variant chosen. The Digital Light headlamp tech with its 13 lakh micro-mirrors in each unit is seen here too. 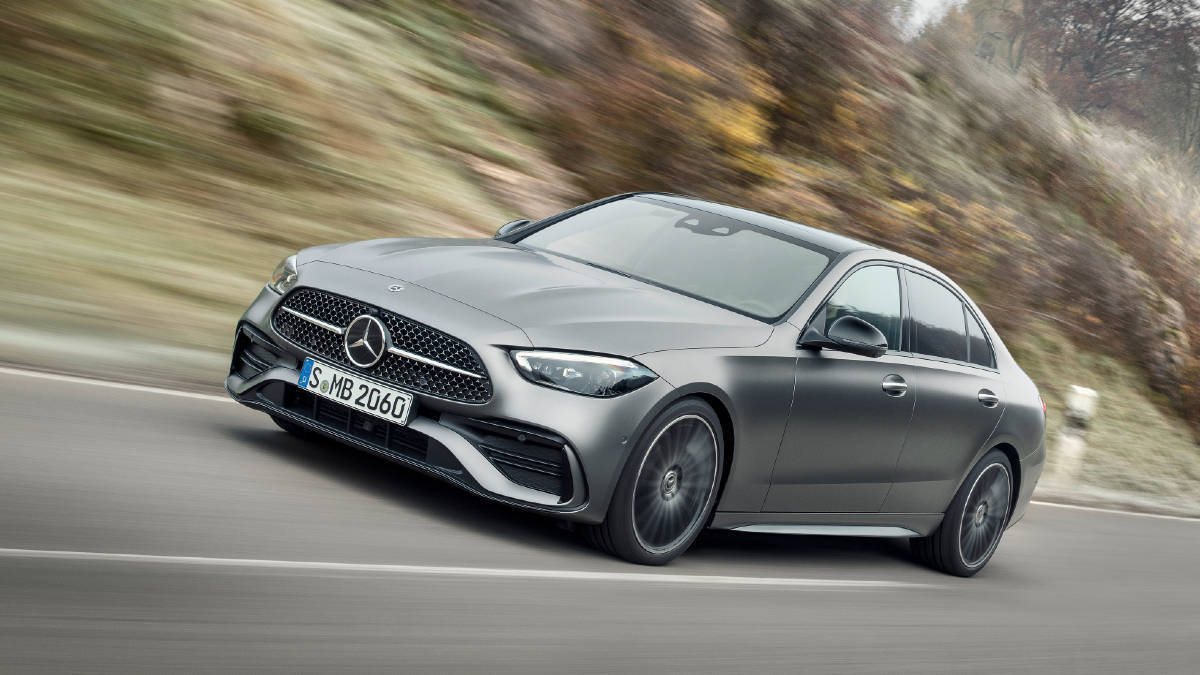 The interiors are similarly influenced by the S-Class, followings its quite radical layout. So a large portrait-oriented screen holds centre-stage, available in 9.5 or 11.9-inch sizes. There's another floating screen in front of the driver of 10.25 or 12.3-inch size. The dash is split in two halves with the three turbine-style vents now taking on a squarish theme in the leather padded top section. The bottom half has a chamfered face that drops into the central tunnel. Numerous materials and colours can be used to trim the interior. The door pads have been fully redesigned as well, with a more minimal look. Interior space has grown too, elbowroom has increased by 22m in the front and 15mm at the rear. Headroom has grown by 13mm and rear knee room by 35mm. The Energizing wellness programs are seen here as well, optionally, which adds eight chamber massaging front seats and a fragranced air purifier system

The C-Class is the second car to get the second-gen MBUX system, after the S-Class. So the various display themes continue here along with a trove of connectivity options. Ceratin functions don't need the 'Hey Mercedes' voice activation anymore while it can recognize different occupants. A Smart Home feature lets you control connected devices at home from the car while the MBUX system now comes bundled with an inbuilt music streaming service. Other tech highlights are a HUD, AR video feed for navigation and OTA updates. 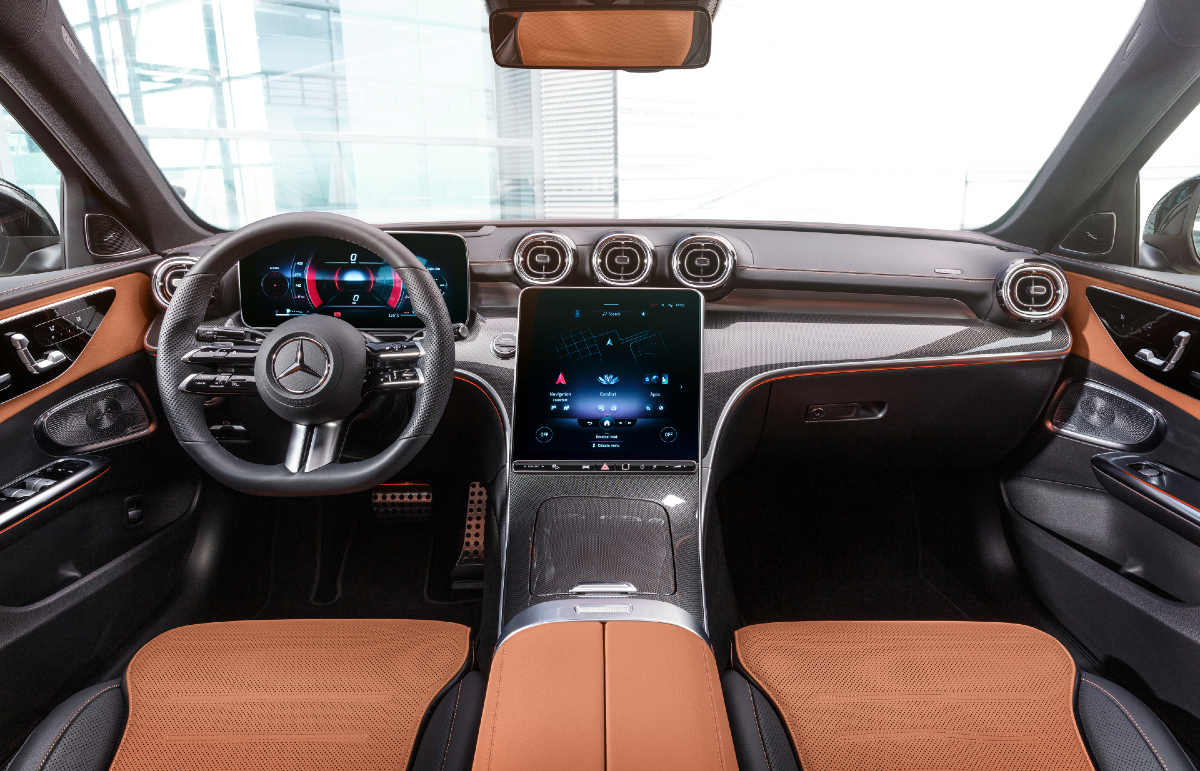 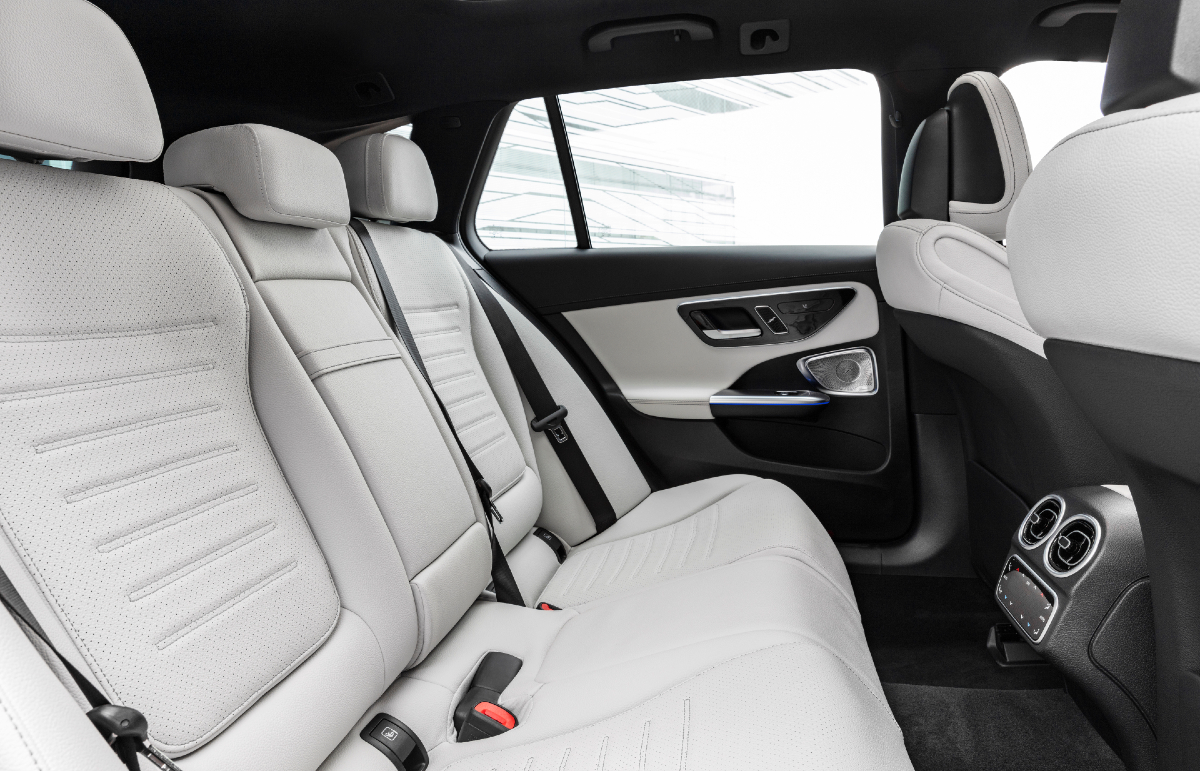 The new C-Class is now exclusively powered by a set of four-cylinder engines, all with mild-hybrid or plug-in hybrid capability. The 2.0-litre OM654 diesel has been heavily updated to feature an integrated starter generator and now makes 200PS and 440 Nm in its C 220d guise or 265PS and 550 Nm in its C 300d version. Both variants get a 20PS boost from the ISG to fill gaps in the engine's powerband. There is a 1.5-litre petrol motor available with 170PS/250 Nm or 204PS/300 Nm. The 2.0-litre petrol now puts outs 258Ps and 400 Nm. All these engines also get the 20PS mild-hybrid boost.

A plug-in hybrid version has also been introduced with a significant 100 km of electric-only range from a 25.4 kWh battery pack. The electric motor makes 130PS while the total torque output is 440 Nm. With a DC fast charger, the battery is fully charged in 30 minutes. A notable addition to the C-Class' mechanicals is that of rear-wheel steer, which reduces the turning circle by 43 cm at slow speeds and provides for more direct steering.

The 2021 Mercedes-Benz C-Class will go on sale in Europe in the next few months, with an India-debut expected soon after.