Yamaha has just taken the wraps off the new YZF-R15 Version 3.0 in Jakarta, Indonesia. The bike was presented by Movistar Yamaha MotoGP team riders Valentino Rossi and Maverick Vinales. The new R15 will also replace the ageing R15 Version 2.0 that was introduced in India way back in 2011. 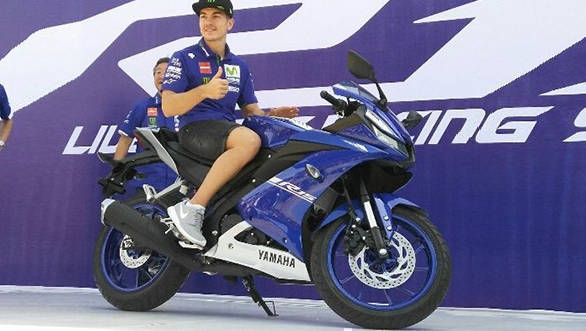 The new R15 V3.0 borrows design cues from the newly launched YZF-R6. The front fairing features new headlamps, split by a what looks like a pseudo air intake. They are sleeker than the ones on the outgoing model, however, they are halogens and not LED units as one would have expected.

The side panels are split while the stickering looks exactly like that on the R6. The bike also gets new multi-spoke alloy wheels that are painted to match the body colour, like one's on the YZF-R3. The new tank is sharper and the rider's seat looks a lot more spacious than before. The split, pillion seat is also lower than  one on the Version 2, which was one of its concerns. The bike also gets a new digital instrument panel, in keeping with the today's demands. 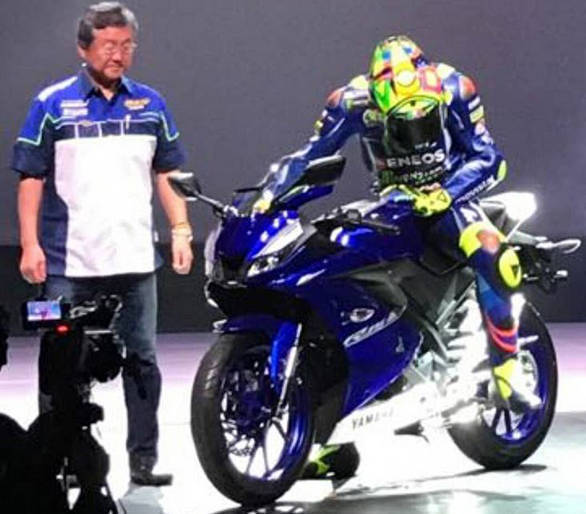 The lovely deltabox frame continues and Yamaha has gone a step ahead by introducing USD front forks. While it appears that the bike does not get ABS for now, but expect it to feature in the model that'll be on sale in India.

The R15 has always been regarded as great entry-level motorcycle. It is a popular machine for those newbies who'd like to understand the art of cornering. The new R15 Version 3.0 certainly packs in a lot more appeal and it'll be interesting to see what it's capabilities are when we put it through a road test, here in India.  Expect it to be priced slightly higher than the outgoing R15 Version 2.0