Ford has taken the wraps off the 2017 EcoSport facelift, ahead of the 2016 Los Angeles Motor Show, in the USA. The compact SUV sports refreshed styling and new interiors to keep it relevant in light of fresh competition. The new EcoSport will come to India in 2017. 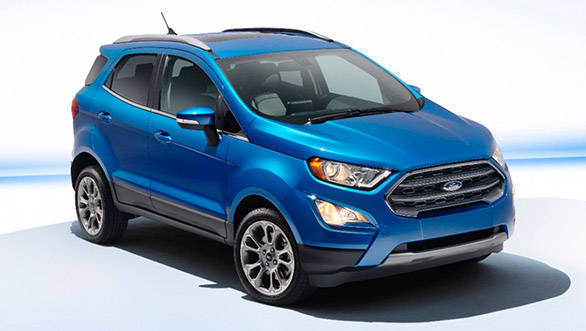 The list of changes to the exterior includes a new single-piece hexagonal grille with twin slats and a big blue oval logo at the centre. The bumper is revised to accommodate the new fog lamps, which are pretty large compared to the round units on the current EcoSport. Notice the faux skid plate underneath. The new headlamps feature projector units as well as DRLs. 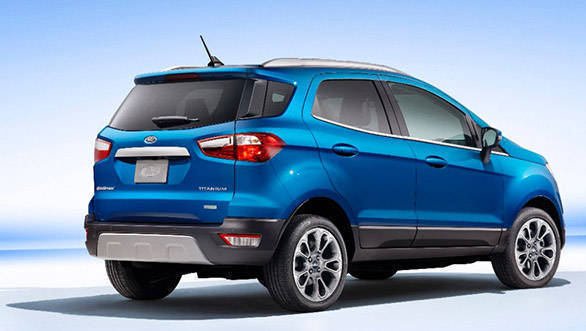 You'll also notice a redesigned bonnet with well-defined crease lines along the centre as well as the sides. The new EcoSport certainly looks more aggressive than it ever did. The side profile is unchanged, except for the new alloy wheels. The rear also looks similar to the existing model except for the faux skid plate. However, the US version loses the tailgate-mounted spare wheel. Ford India may continue to offer the tailgate-mounted spare wheel since it is a popular feature. 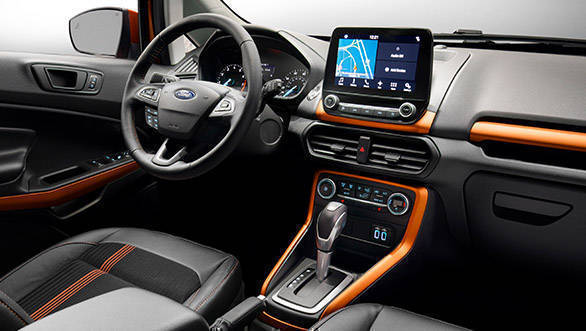 The interiors get a much-needed refresh as they'd become too dated. The dashboard and steering wheel are all-new. The twin-pod instrument cluster has been replaced by a single display unit. It features an analogue tachometer and speedometer at the extreme ends, while the engine temperature and fuel-gauges sit in between. There's a little MFD screen above these gauges that should display information such as fuel consumption, trip, odo etc. 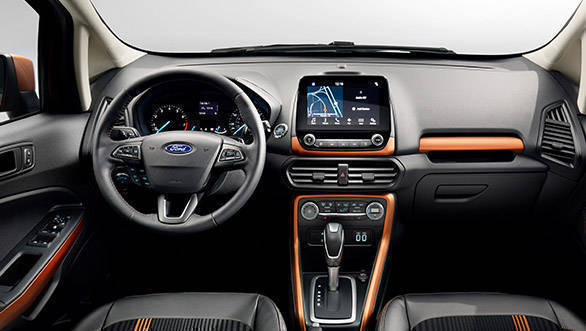 The centre console has horizontal A/C vents instead of the vertical ones previously. Above it lies a new 8-inch SYNC3 infotainment system which features Apple CarPlay and Android Auto for seamless smartphone integration. It also has in-built satellite navigation in keeping with current demands. The switches and rotary knobs for the air conditioning are new and look far more contemporary. The music system has been upgraded to a 675-watt, 10-speaker B&O Play system that also features a sub-woofer. While the interior is pre-dominantly swathed in black, the orange accents liven up the cabin. 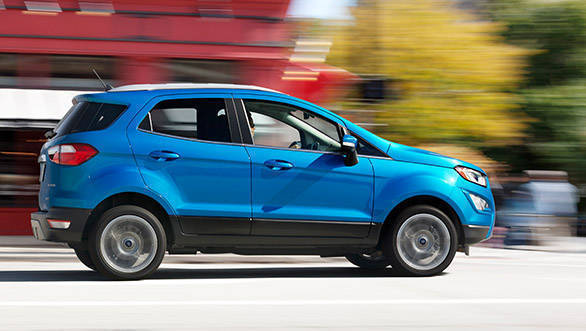 The new EcoSport is available in the US with the 1-litre, three-cylinder Ecoboost as well as 2-litre naturally aspirated petrol engines. The 2-litre variant gets a four-wheel drive system as an option.

When the new EcoSport comes to India, expect Ford to continue with the 1-litre Ecoboost petrol as well as the 1.5-litre, 100PS TDCi diesel and petrol engines. The EcoSport has been facing stiff competition in India from the Renault Duster and the Maruti Suzuki Vitara Brezza. The new EcoSport may give Ford India the much-needed arsenal to fight its rivals. 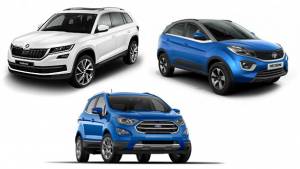 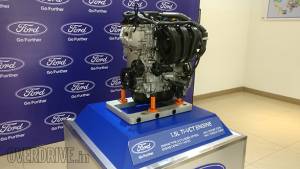 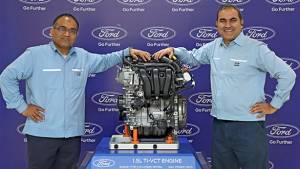