The 2017 edition of the India Baja is scheduled to begin on April 8 from Jaisalmer, and TVS Racing has just announced its racing team. Aravind KP, who had his first outing at the Dakar this year, will be competing in the event on a TVS RTR 450. Aravind had retired from the Dakar after Leg 3 due to injuries he had incurred during the first two legs. But it looks like he is fit now and back in form to compete in the India Baja. His teammate from Sherco TVS, Adrien Metge, who finished 22nd overall in the 2017 Dakar Rally, will also be competing at the India Baja 2017 for TVS Racing. Competing along with them will be the winner of the 2017 Maruti Suzuki Desert Storm, R Nataraj and 2016 National Supercross Champion, Abdul Wahid Tanveer. 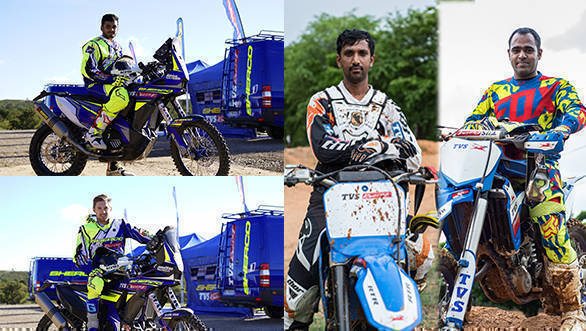 The India Baja 2017 will be held as a two-day rally raid event unlike last year's 24-hour format. Additionally, this year's event will be a Dakar Challenge event. This means that the winner of the rally raid gets a free entry into the 2017 Merzouga Rally and the 2018 Dakar Rally.