Ferrari's latest Berlinetta is powered by a new turbocharged 3902cc V8 engine that produces a whopping 670PS of power and 760Nm of torque. Ferrari claims the car can accelerate to 200kmph from standstill in an astonishing 8.3 seconds while top speed is in excess of 330kmph. Ferrari also says that in spite of the astronomical power figure, the 488 GTB can be enjoyed by non-professional drivers too. The new 488 has set a lap time of 1 minute and 23 seconds at Ferrari's Fiorano Circuit.

The new Ferrari brings to the fore all the know-how that Ferrari has accumulated through its participation in various forms of racing such as Formula 1, World Endurance Championship and its FXX programmes. Building on its stellar predecessors (458 Italia and 458 Speciale), the new car features advanced aerodynamic bodywork that highlights Ferrari's growing prowess in designing aero efficient cars. Validating this fact is the drag coefficient, a slippery 1.67 - Ferrari's lowest ever for a production model. Downforce is said to be 50 per cent more than the previous model. The polar challenges of reducing drag and increasing downforce were tackled by crafting new aero bits such as a double spoiler at the front end, base bleed side intakes, and a blown spoiler at the rear.

In addition to the active aero bits that were seen on the Speciale, the new 488 GTB also debuts the second generation of Ferrari's Slide Slip Control (SSC2). The new system is claimed to be less intrusive as it allows the driver to powerslide out of corners at a much faster rate than what the previous system did, and at the same time prevents the car from ending up as part of the scenery. In addition, the SSC2 adjusts the active dampers to enhance the handling characteristics of the car.

The new 488 features a design inspired from Ferrari's F1 heritage, particularly the nose section. The central section of the front end features a deflector that directs air towards the flat underbody of the car. The huge side intakes are an ode to those that were sculpted into the sides of the company's first production V8, the 308 GTB. Ferrari says that its innovative blown spoiler at the rear creates downforce without any increase in drag. The exhaust pipes have also been re-positioned to accommodate the raised diffuser which features active flaps that contribute to the aerodynamics. The tail lamps are circular LED units.

The interiors look similar to the 458 and Speciale with Ferrari's all-controls-integrated steering wheel and a similar cockpit. Ferrari also adds that the graphics for the infotainment screen are all new and the car's key design is inspired from the cylinder banks of its V8. Take a look at our image gallery below. 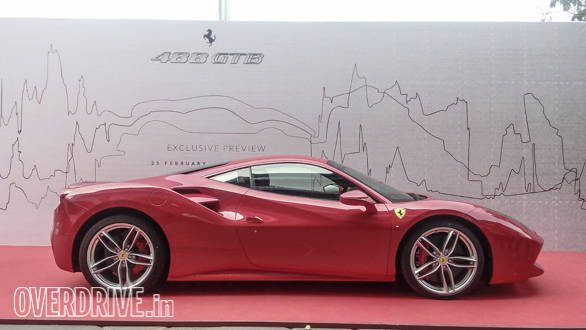 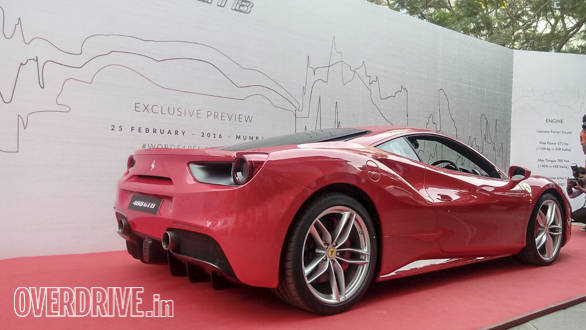 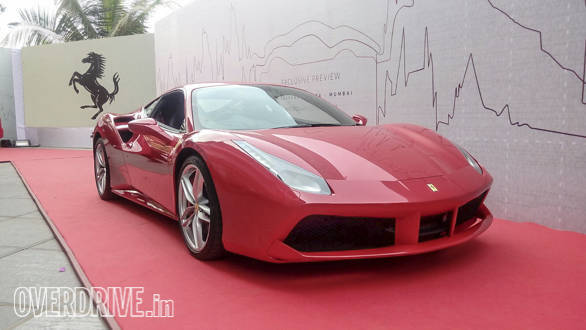 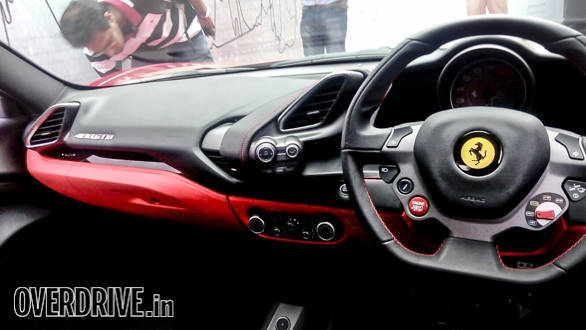 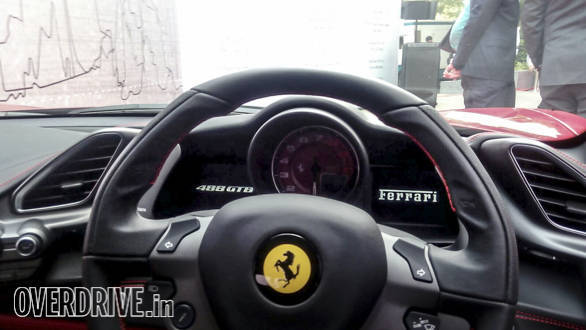 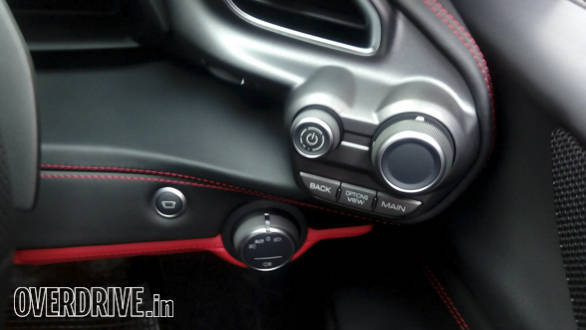 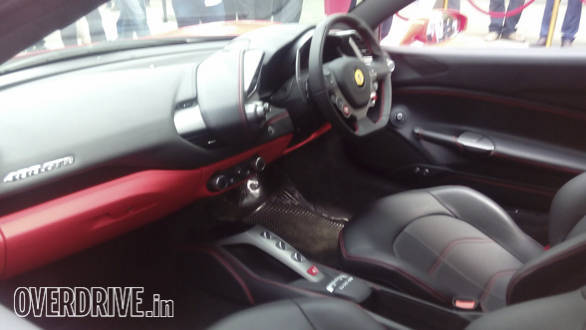 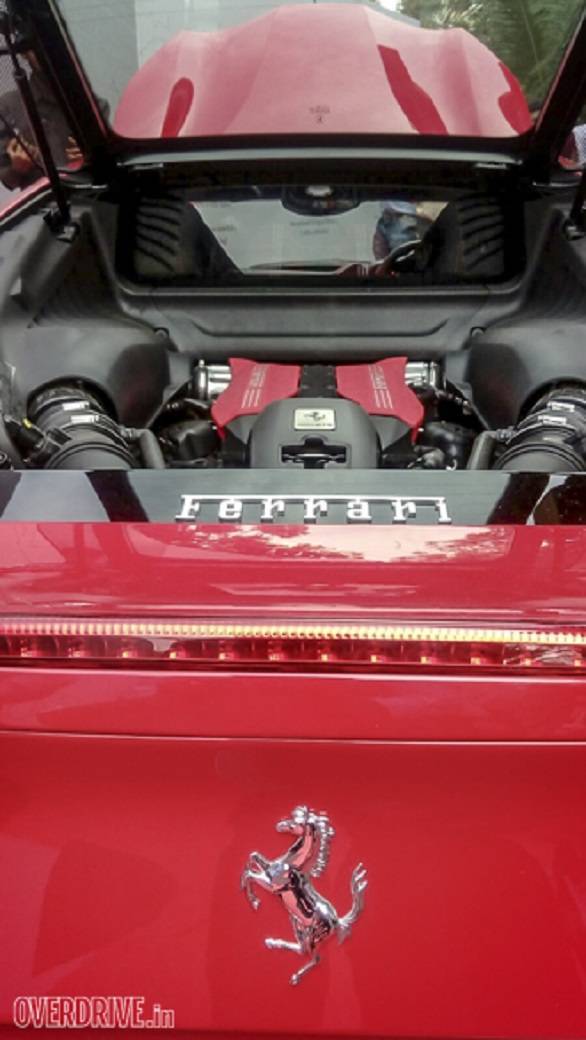 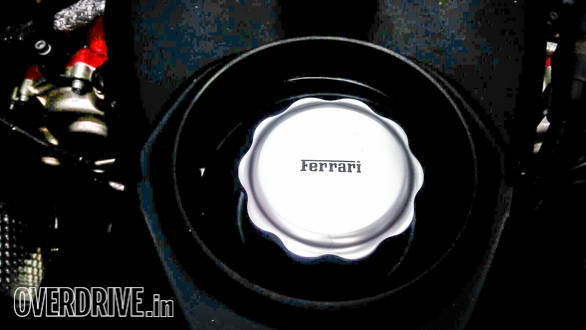 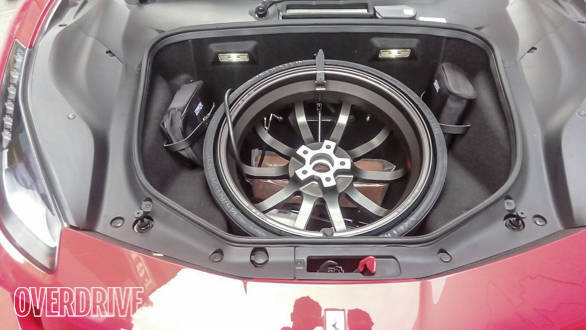 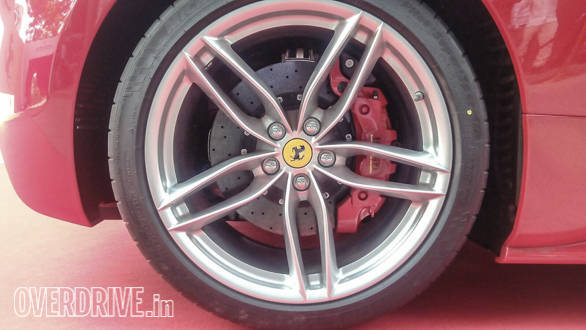 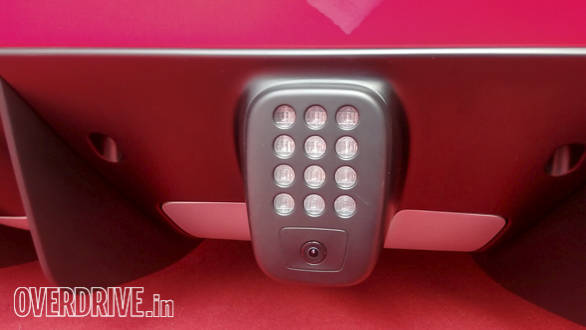 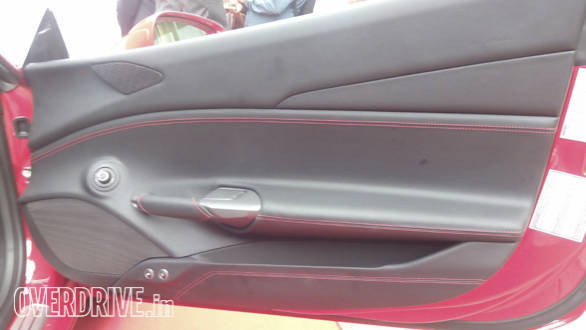 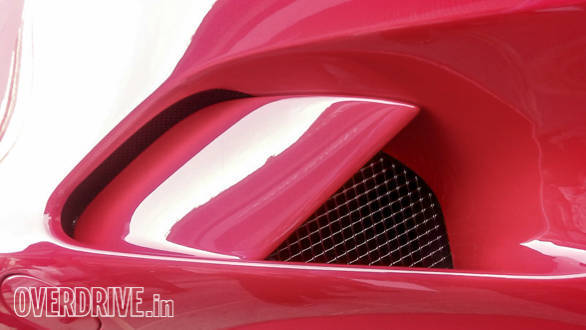 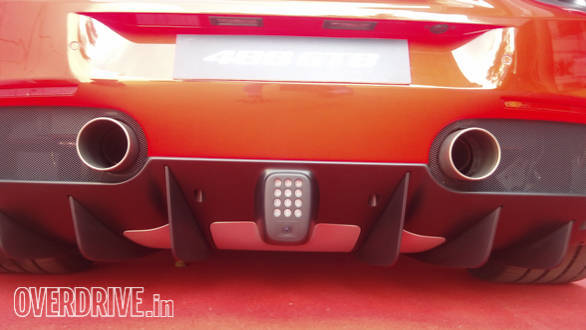 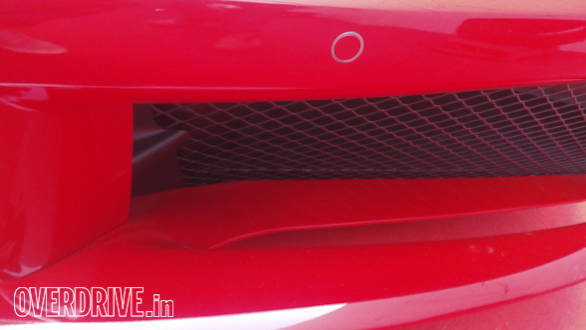 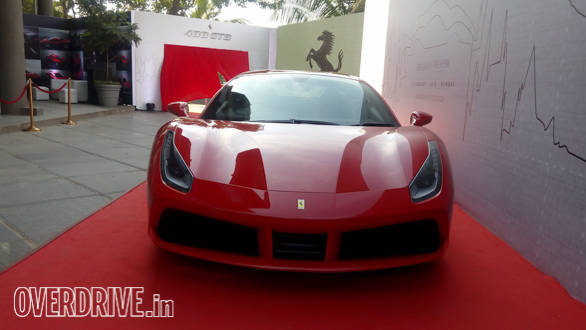 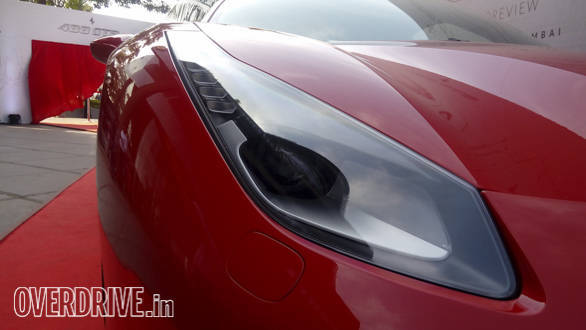 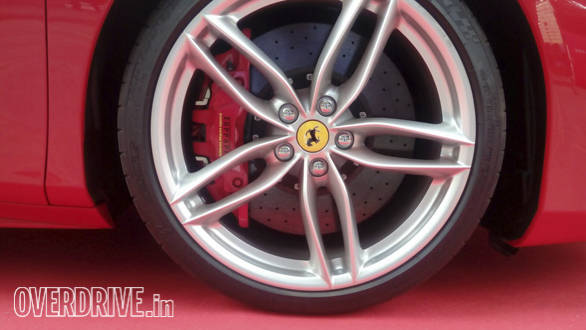