BMW has finally revealed the G 310 R, a street naked that is result of the BMW-TVS collaboration. In a lot of ways, the G 310 R resembles the Concept Stunt G 310, which BMW revealed last year. It retains most of the body panels, and the five spoke alloy wheels from the concept bike and gets the same single cylinder 310cc engine which is tilted backwards. This engine delivers a peak power of 34PS at 9,500rpm and peak torque of 28Nm at 7,500rpm. BMW claims that this engine arrangement will make the bike nimble and handle very well.

The BMW G 310 R was shown at the 2016 Auto Expo, but there were no announcements regarding when it would hit showrooms. But when it does, the BMW G 310 R's biggest rival will be the popular KTM Duke 390. 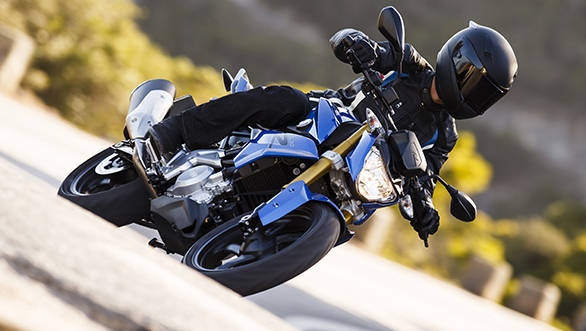 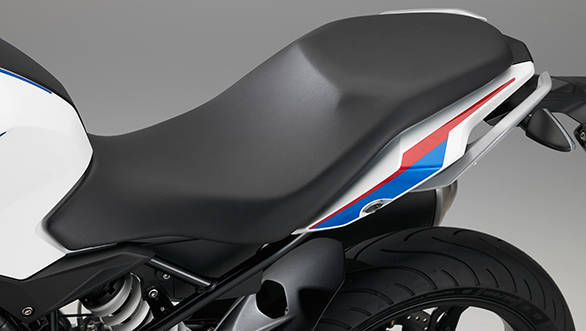 The seat is flat, like on the KTM Duke 390, but appears to be wider 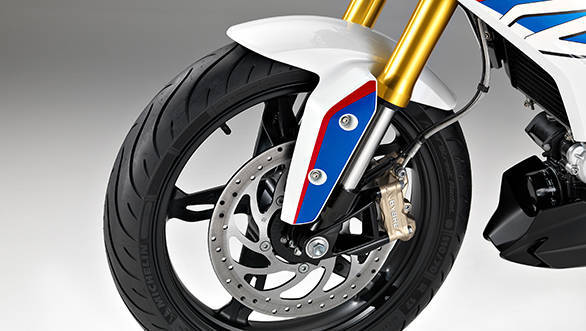 The 300mm front disc is joined by a 240mm unit at the back, with ABS as standard 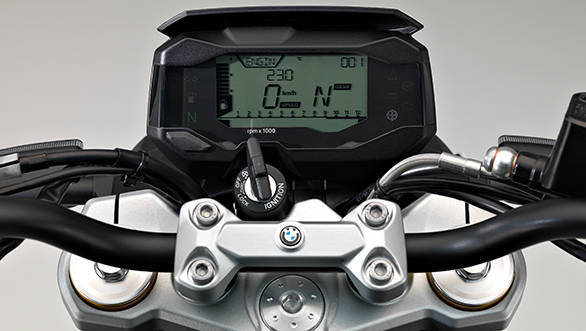 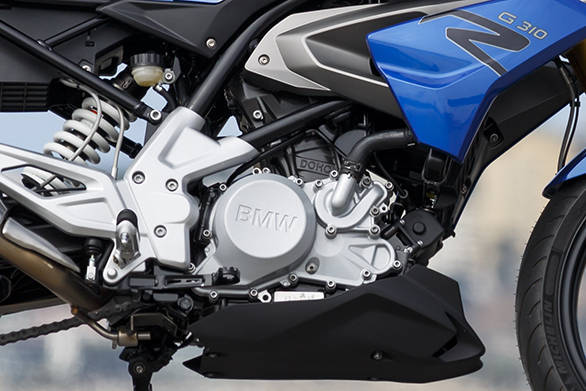 BMW uses a reversed head configuration for the new 310cc engine that places the intake in the front and the exhaust at the rear. This moves the centre of gravity lower and forward while creating space for a long swingarm, says BMW Motorrad 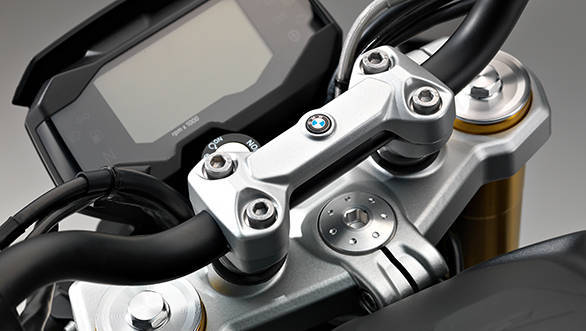 The flat handlebar is typical of street motorcycles 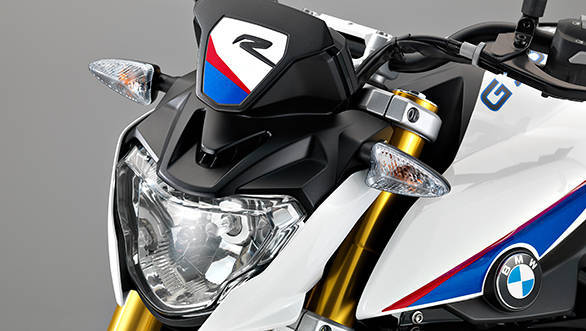 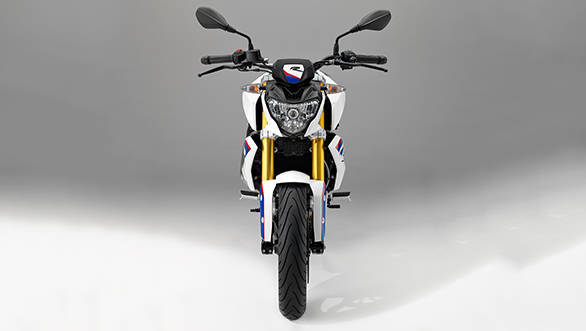 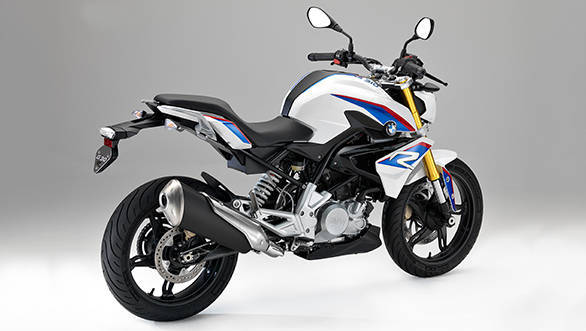 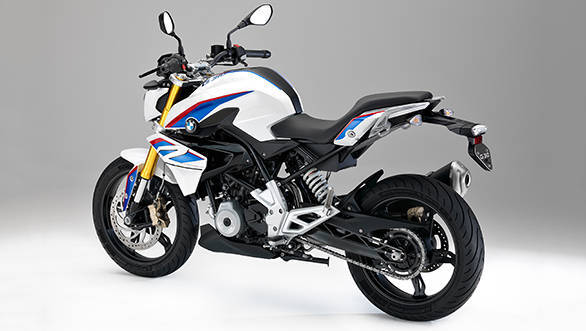 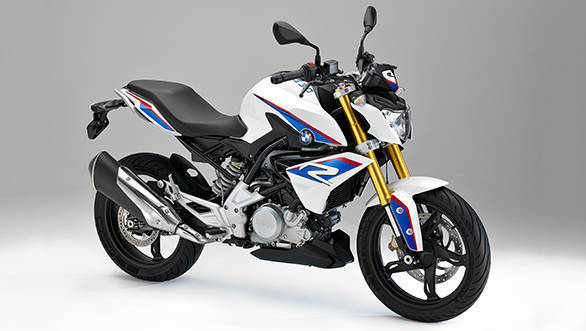 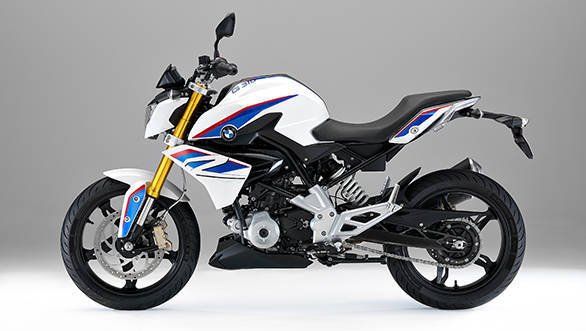 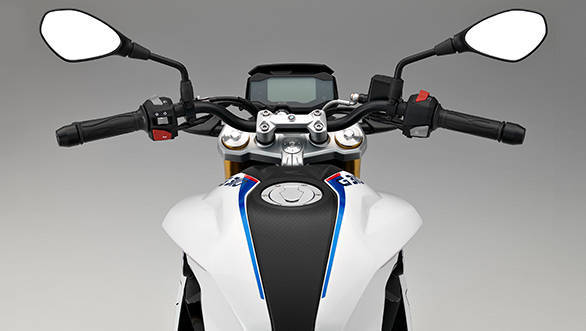 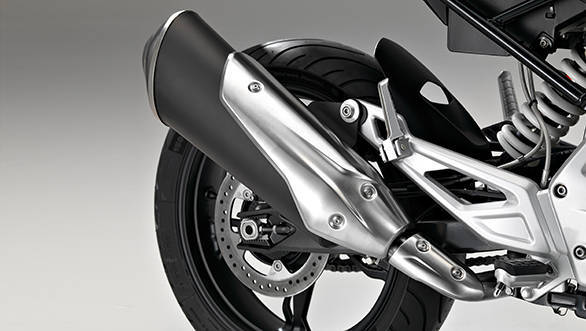 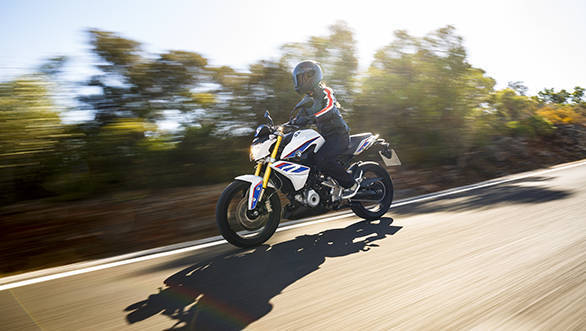 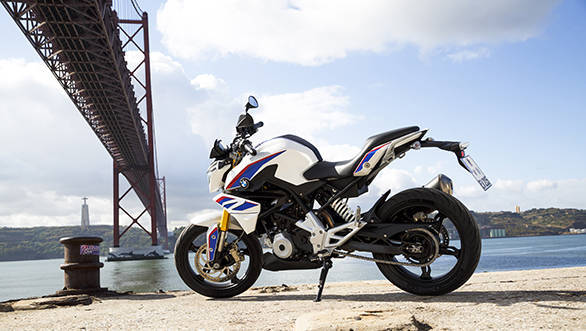 Despite the short wheelbase, the G 310 R gets a long swing arm that is claimed to help with better handling 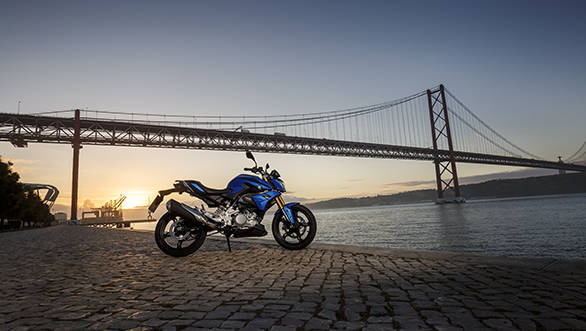 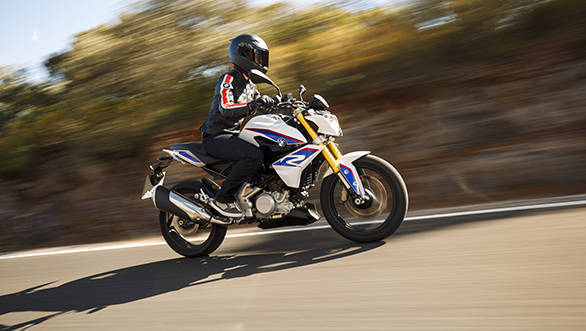 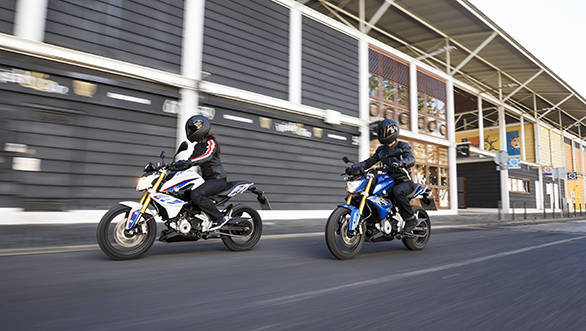 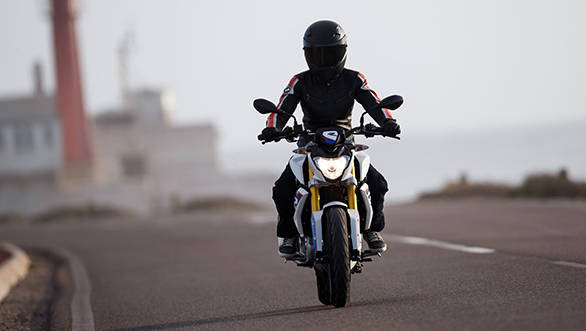 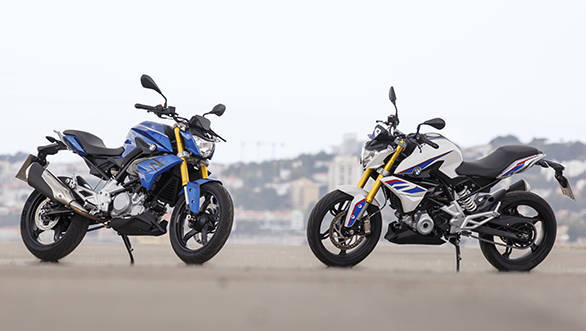 BMW announced its intention to sell its jointly developed bikes on its own in India. Expect a plan to expand its reach in India soon