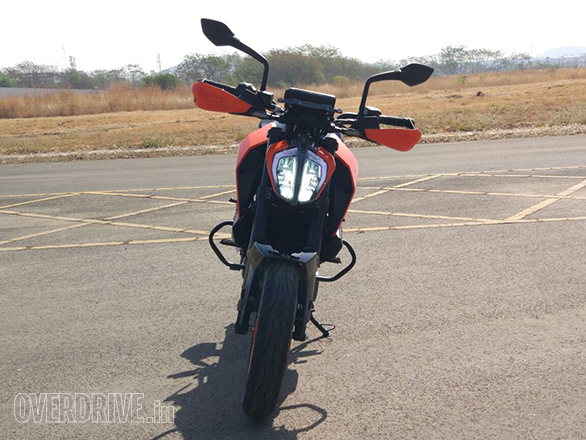 The 2017 KTM 390 Duke cuts a distinctive figure with the LED headlights. The handguards are going to be offered only in India because they're seen as a value item. 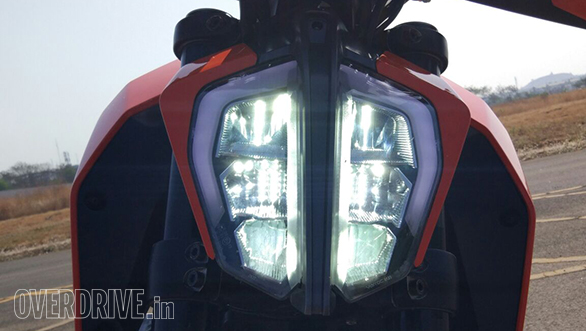 The 6-LED cluster uses the top two as the low beam while all six illuminate for high beam. There is also a (needless in our opinion) selectable DRL mode that illuminates the middle row at partial intensity. The white surround light is always on 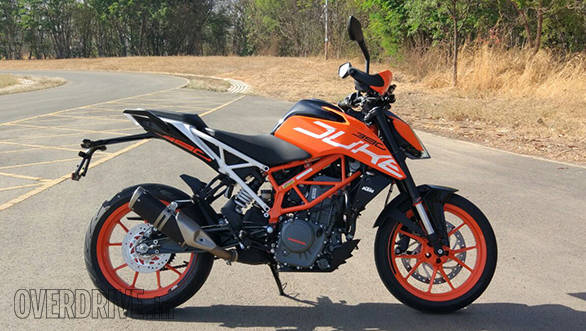 The 2017 KTM 390 Duke cuts a dashing figure. The SuperDuke inspired panels and graphics look very nice. The side slung exhaust could have been made to look classier though 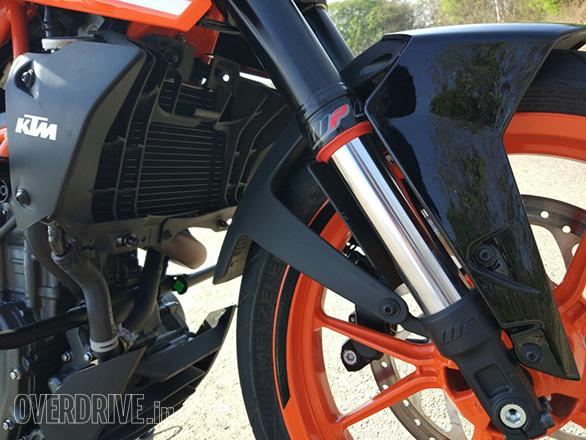 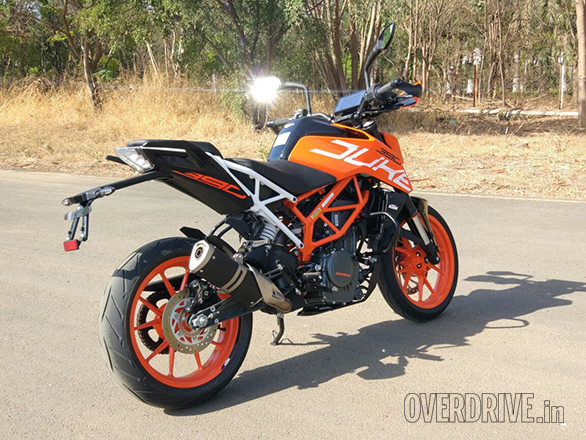 The new split trellis as KTM likes to call it refers to the bolt-on rear subframe on the 2017 KTM 390 Duke. The angle of the tail is slightly different but the primary benefits of the subframe are in production and sourcing rather than riding. That said, it looks smashing in white to us 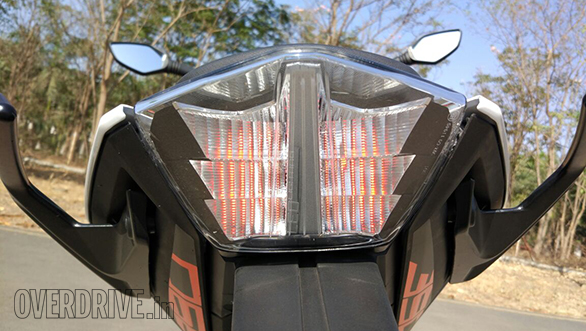 The LED tail lamps are simple in outline and detailed inside. 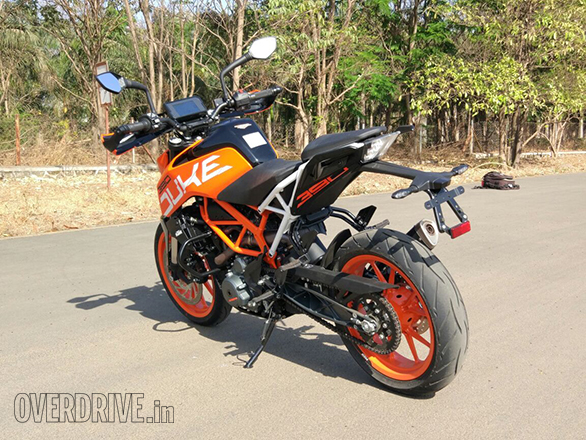 The chassis geometry of the 2017 KTM 390 Duke has not changed at all though it has new brakes, new suspension as well as the new H-rated Metzelers. 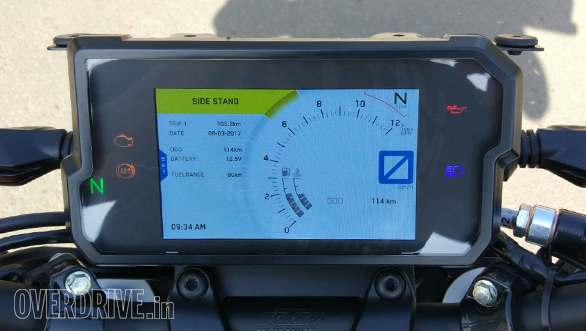 The TFT colour screen looks smart. A light sensor on the top right allows the screen to switch between night and day modes. If the DRL mode is on, it will also turn on the low beam when it detects darkness, like say a tunnel. However,KTM has given this an 8 second delay which might be too long. The main screen on the right shows the revs, gear selection, odo and speed. The fonts on the speed enlarge as the pace rises to ensure visibility. On the left is the information display including this one - favourites. Favourites allows you to select up to eight items you'd like to monitor. The My KTM feature allows you to pair and control calls and music on compatible cellphones. 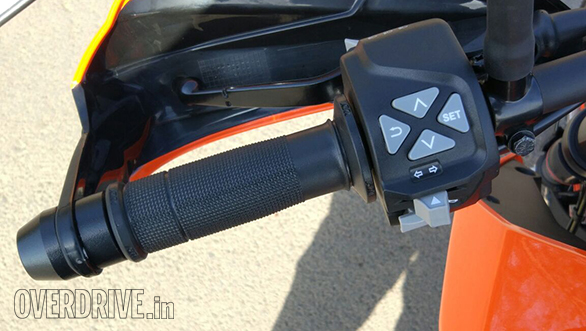 That's the four-button cluster that operates the menus on the non-touch TFT screen. The buttons feel a bit hard and the menus are easy enough to learn and navigate. Scope for refining the interactions remains though 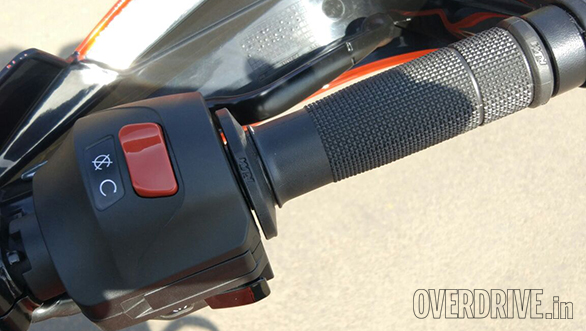 The familiar switches don't get too much by way of an upgrade, just the headlight switch is now blanked out on the 2017 KTM 390 Duke. They're hiding the standard - and 390 exclusive - adjustable levers in this pic though 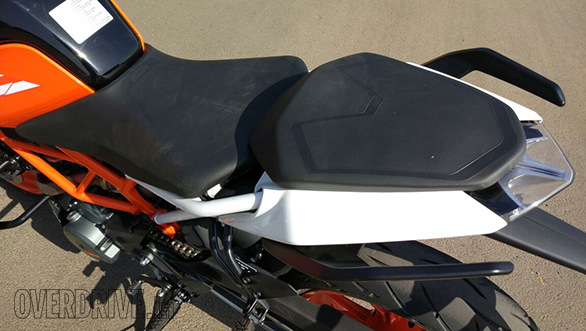 The pillion seat on the 2017 KTM 390 Duke appears a bit longer and is softer in feel. Not that the 390 is now a happy two-up motorcycle but it should certainly be more comfy than the outgoing bike 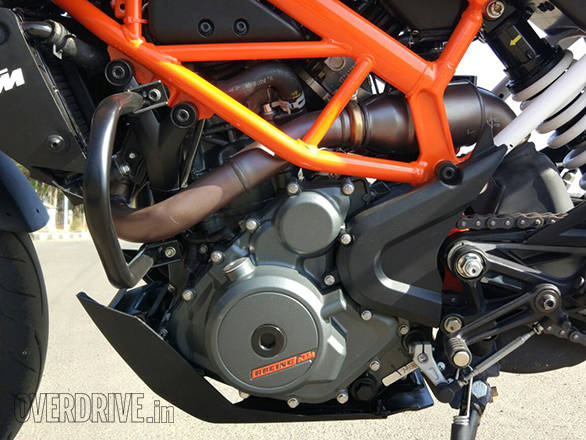 The new 373.6cc engine doesn't change displacement but the refinement levels are unprecedented. A smooth 100kmph cruise feels lovely and the larger new airbox gives the 2017 KTM 390 Duke a full 2Nm more torque at the peak. 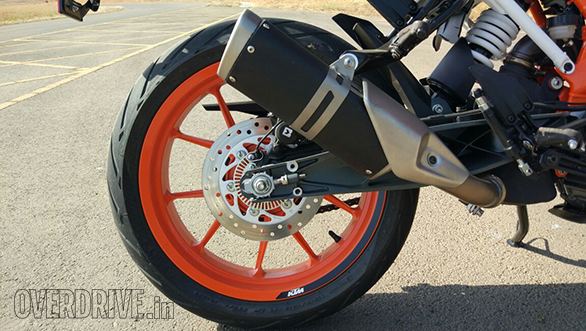 The side-slung can is courtesy of Euro IV tuning and it's part of the 5Kg that the 2017 KTM 390 Duke gains over the old one. It's nearly finished and all but it does look just a bit too aftermarket 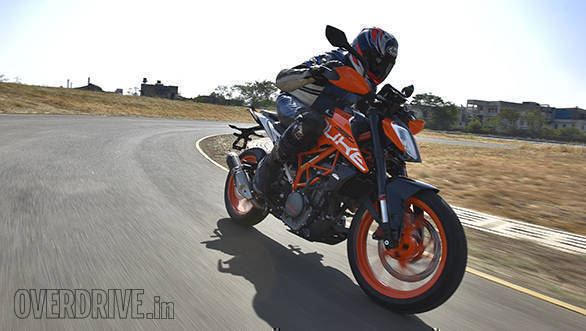 The extra torque of the new engine means you don't have to constantly redline the 2017 KTM 390 Duke. You can ride in the mid-revs smoothly as fairly high speeds too 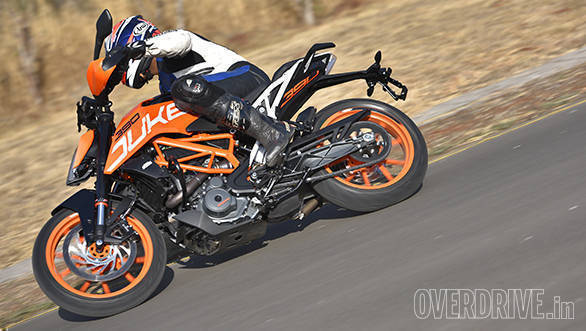 The 2017 KTM 390 Duke is as confident a cornering machine as the old one. But the extra control from the suspension means you can commit more and it feels smoother too 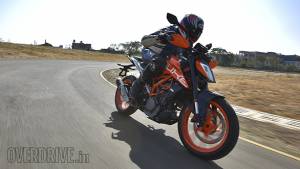