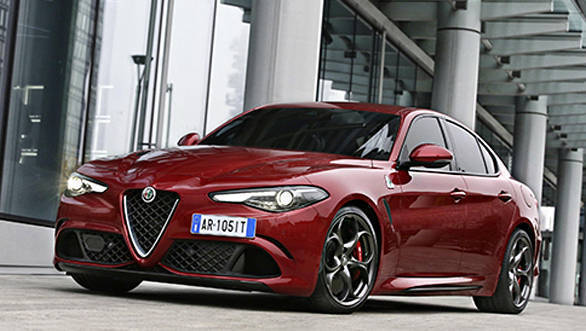 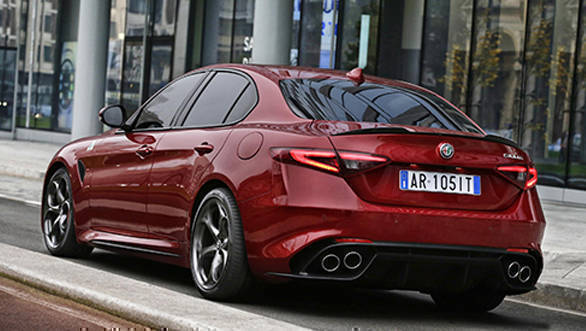 The side profile is a reminder that not all beautiful things are impractical. Four doors to accommodate the family and plenty of boot space 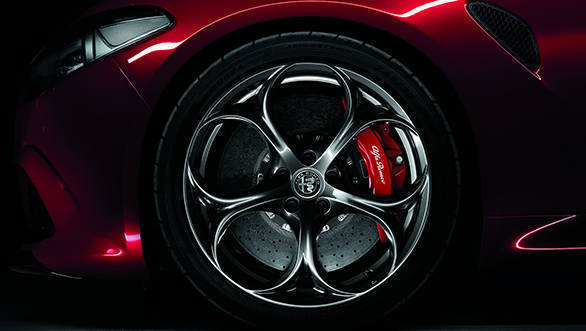 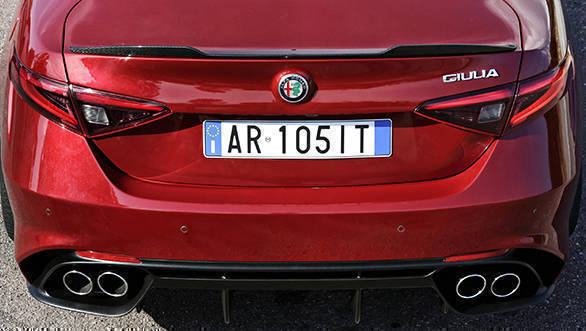 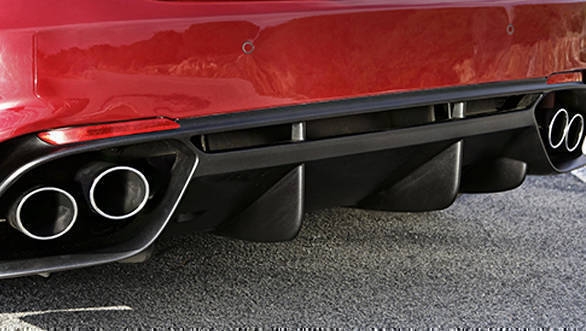 Have we mentioned how much we love quad exhausts? In case we haven't, now you know. The rear diffuser adds to the overall drama 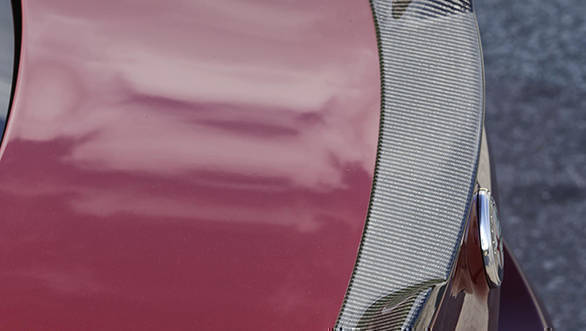 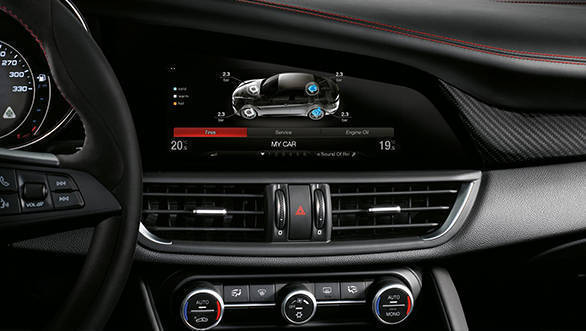 Driver-focused console surrounded by carbon fibre is understated and tasteful 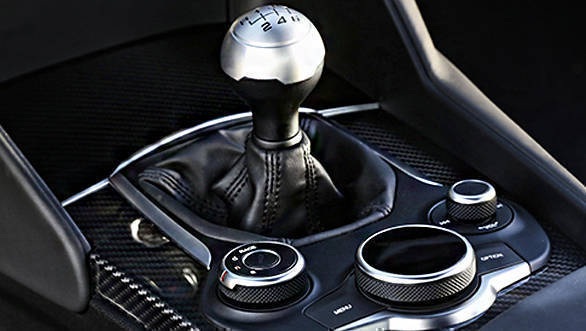 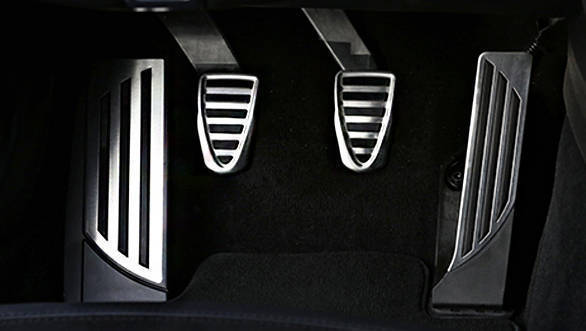 Three metal pedals equal to happiness - an axiom amongst petrolheads 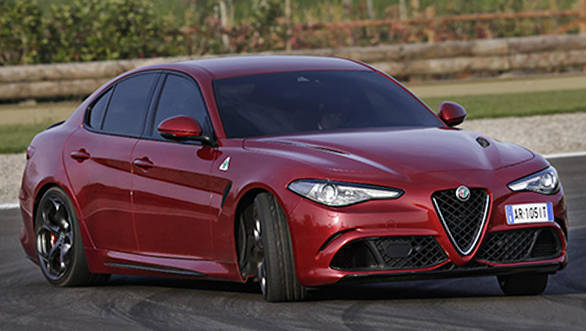 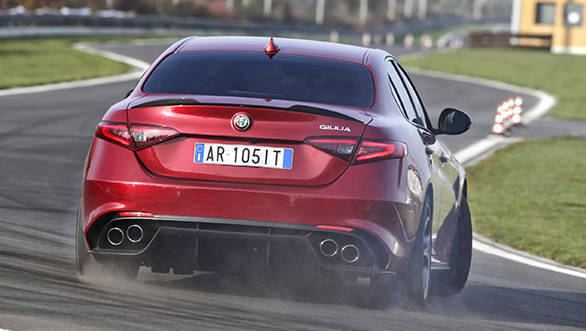 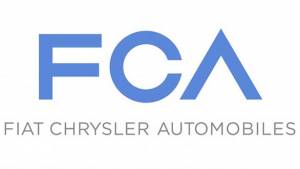 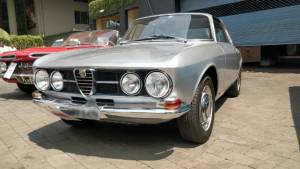