The fourth round of FIM Asia Road Racing Championship (ARRC) was held last weekend, June 28-30, at the Suzuka Circuit in Japan with the Idemitsu Honda Racing India team being the only Indian-origin team on the grid. The team entered this round after a strong points finish in the earlier outing in Burinam. 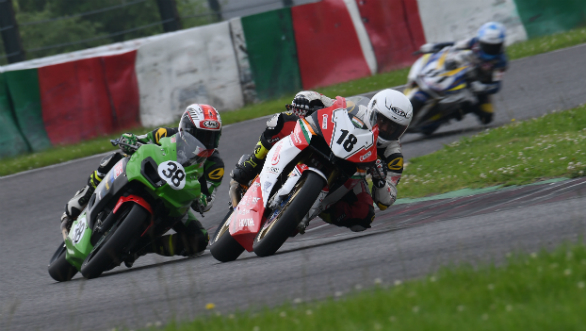 The team didn't do too well in qualifying, Rajiv Sethu qualified 13th with a fifth row start on the grid. Senthil Kumar followed behind in 24th spot. In the first race, Sethu managed a good start but dropped to 15th before the first lap on the back of a cornering error. Having to deal with a bunch of riders, he dropped below 15th place around Lap 6. He overtook Honda's Thai rider Tatkorin Buasri in the penultimate seventh lap to regain 15th place. Kumar, on the other hand, jumped to 23th place by lap 2. He swapped a few positions but eventually finished in 23rd. This despite suffering some damages after a crash in lap 8. 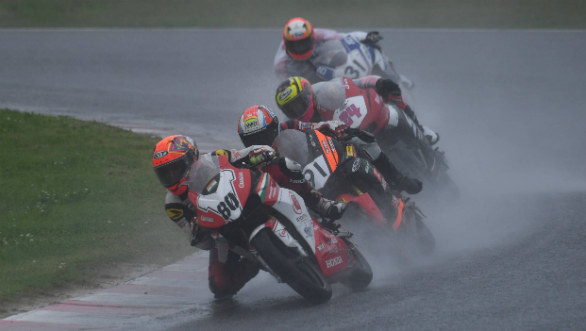 Race 2 was a rain-drenched affair which caught out quite a few riders, with as many as 9 riders losing traction and crashing out. After starting 13th on the grid, Sethu climbed to the seventh position before the last corner of lap 1. He gradually dropped to 16th position after his helmet visor started fogging up. But by the seventh lap, he had climbed back to 15th place. This improved to 14th in the last lap, allow the team to add 2 points. Kumar started 24th on the grid but did well to gain four positions in the last two laps to finish 20th.

Speaking of his performance in Race 2 Sethu said, "A great start pushed me to 7th but second lap onwards it was very difficult to ride due to visor fog. I couldnt see corners and water patches ahead and started dropping positions. I decided to open my visor in lap 3 but the water back-splash of riders before me held me back. By lap 5, rain stopped for a bit and I pushed hard with rider bunch. Taking the slipstream advantage, I made a move in the last corner of race and finished 14th. Zhuhai will a new track for all riders. Whoever learns fast will make gains and I will push harder there."

After this round, the Idemitsu Honda Racing India team is now ranked ninth of 20 teams with 25 points. Rajiv Sethu is among the top 15 riders by scoring three points this round and rookie rider Senthil Kumar is placed 25th with 2 points.