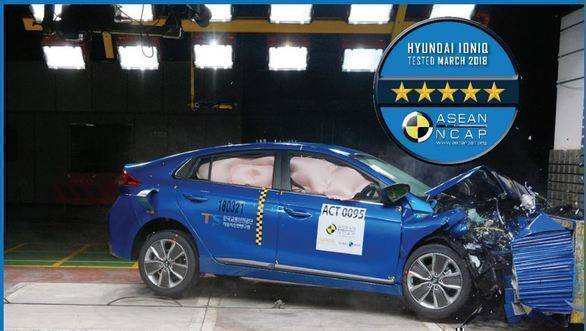 With a total of 91.98 points, the Hyundai Ioniq hybrid sedan has earned a 5-star safety rating in the ASEAN NCAP crash test

Hyundai had showcased its first dedicated hybrid car, the Ioniq at the 2016 Geneva Motor Show. The Ioniq is the world's first car to offer three powertrains ? pure electric, plug-in hybrid and standard hybrid. The hybrid and the plug-in hybrid versions feature the new Kappa 1.6GDI, four-cylinder engine. This motor has been specifically designed for hybrid application. It puts out 105PS/147Nm and it mated to a six-speed double clutch transmission. The Ionic will offer a dynamic driving experience, claims Hyundai. 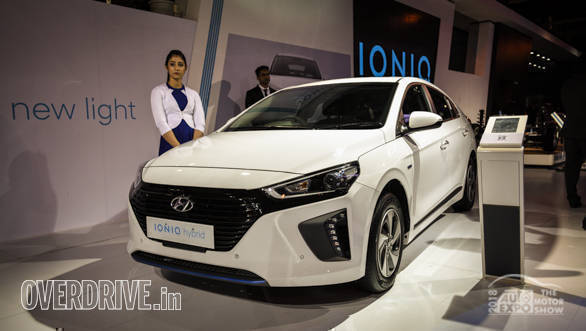 The electric motor makes 43.5PS/170Nm and is powered by lithium-ion polymer battery. The combined power output of the electric motor with the conventional engine is 141PS and 265Nm. Hyundai claims that the Ioniq will have a max speed of 185km/h. The Korean automobile manufacturer had showcased the Ioniq hybrid at the 2018 Auto Expo. While the manufacturer was serious about bringing the Ioniq to India but the revised GST structure for hybrids acted as an obstacle. We believe the Kona will be the first EV that will be launched by Hyundai in India.

The two important launches that will happen from Hyundai this year includes the facelifted Creta SUV and the new-gen Santro hatchback. 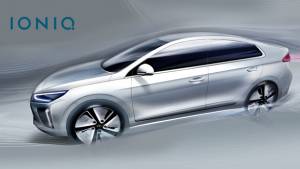