Hyundai has announced the lucky winners of its "20-Year Celebration Offer" which comes under the "Experience Hyundai" programme. The lucky winners will get a chance to receive 20 per cent cash back on their newly purchased Hyundai car. Total 40 lucky customers have won this prize. The reason for all of this, as you might have guessed, is to celebrate Hyundai's 20th year in India. 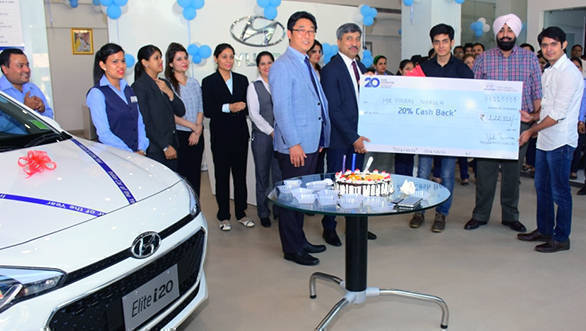 Hyundai Motor India Ltd. began work on its first factory on May 6, 1996 in Sriperumbudur near Chennai, with operations beginning in September 1998. This was Hyundai's first integrated manufacturing plant outside South Korea.

As per the terms of the scheme, 40 lucky customers - who have test driven and purchased a new Hyundai car between May 1 and May 31, 2016  - will be selected. The cars that are eligible for the lucky draw are the Eon, i10, Grand i10, Xcent, Elite i20, Active i20 and Verna. Till now, eight winners have been announced and will be felicitated at their respective dealerships.

The Eon is Hyundai's entry-level hatchback powered by either an 800cc MPi petrol engine or a 1.0-litre Kappa petrol engine. The i10 and Grand i10 are hatchbacks that sit between the Eon and the premium Elite and Active i20. The Xcent is Hyundai's sub-4m sedan, while the Verna sits above it as a more premium offering. 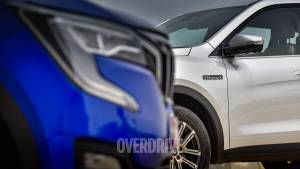