Toyota has proven time and again that it is one of the most environment conscious automobile companies in the world. A shining testimony to this fact is the Toyota Motor's sales headquarters situated in Los Angeles.

The complex generates half of its energy requirements through a 1.11 megawatt stationary fuel cell, which is a first of its kind application and uses the 'Proton Exchange Membrane' (PEM) technology. This technology will also be implemented in the company's hydrogen fuel cell car, set to be launched next year. 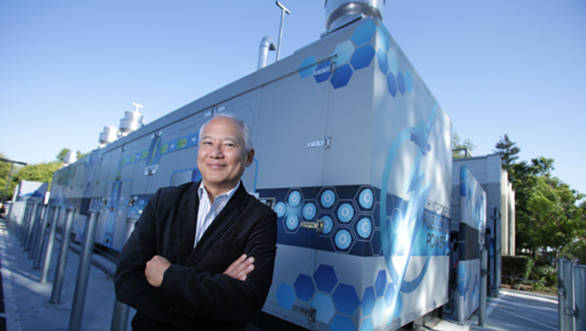 The installation at the Toyota site is the largest of its type on the planet and supplies enough energy to power 765 average American homes. Toyota says that it has double the capacity of the solar panel arrays that are also present there and it is expected to reduce the carbon dioxide emission of the facility by 1500 tonnes during peak summer operating hours. The PEM technology has been chosen for this purpose because it is highly flexible and can be turned on/off quickly, allowing it to supply power immediately to the complex as and when needed. This ability also makes this technology an optimal choice for vehicles.

Mark Yamamuchi, manager of the site's sustainable strategy programme, adds, "Most other fuel cell technologies need to run continuously to generate base load power. This project is unique in that we are leveraging the characteristics of the PEM technology to load-follow."