Honda presented the CB4X concept at the EICMA last year, which was essentially a crossover between a street naked and an adventure tourer. While many hoped the Japanese two-wheeler manufacturer would put it into production, it could be happening for real. Adding weightage to these speculations are the latest patent drawings that have been filed with the European Intellectual Property Office, which look like a production version of the CB4X concept. And if this actually happens, Honda will take on the likes of the Kawasaki Versys 650 and also the Yamaha Tracer 700 (sold in the International markets). 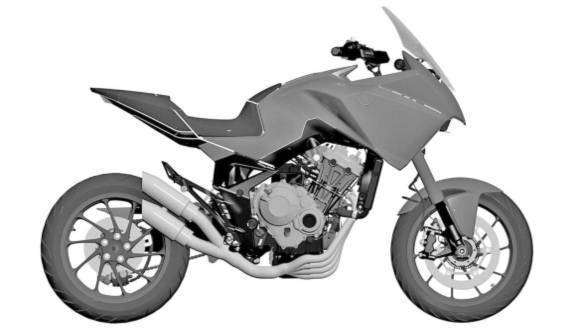 Among the details that the patent drawings reveal, the upcoming ADV tourer will retain the clean lines and the large front from the concept motorcycle. The tank's forward stance, as claimed by Honda, takes its inspiration from the cobra whereas the large fairing will house the fully adjustable front screen along with the LED headlights and DRLs. Hand guards could be offered as standard as seen from the patent drawings. 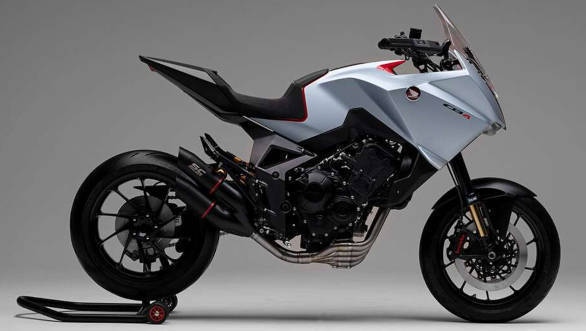 Underpinning the motorcycle is a lightweight aluminium chassis with a subframe. Honda had also confirmed that the concept motorcycle gets a 17-inch alloy wheel in the front, which will be the same for the rear as well. The concept bike boasted of Ohlins USD forks in the front and mono shock in the rear, along with Brembo brakes. Also, it gets a single side swingarm. Interestingly, Honda has a similar setup on the CB 1000 Neo Sports but not on the CB 650. So if a single sided swingarm indeed makes it way to the CB650X, then we hope to see it filter to the CB650 going forward 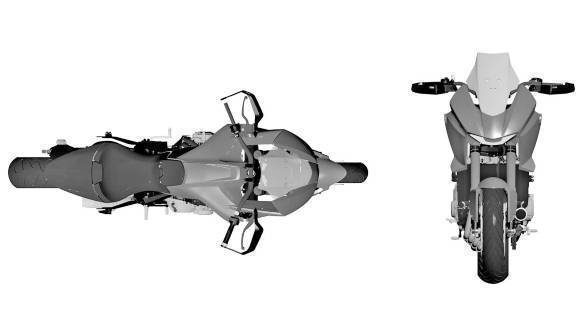 Going by the concept bike and also Honda's modern offerings like the Africa Twin, the instrumentation will have colour TFT display, with a host of information. Powering the tourer will be an in-line 4-cylinder 650cc engine that could be borrowed from the CB 650R, as the unit in the patent drawings looks similar to that of the 650R. The 650cc unit produces 95PS of power and 64 Nm of torque in the CB 650R. We believe Honda could tweak these figures to make it more touring centric. In comparison, the Kawasaki Versys 650 makes 69PS and 64 Nm. 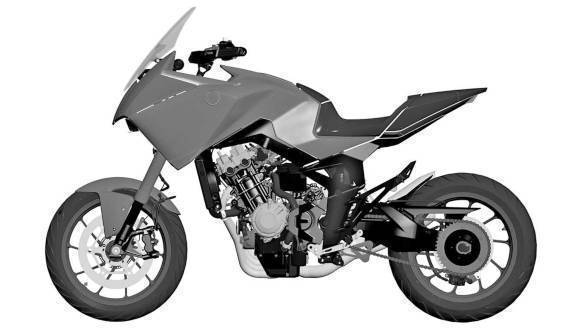 While these patent drawings, that have surfaced online, do hint of Honda's seriousness of getting the CB4X concept into the production line, there has been no word from the manufacturer on the same.