Honda's Royal Enfield rival to be launched in India tomorrow, to rebel against Meteor 350?

We are just a day away from witnessing the launch of the most anticipated two-wheeler from Honda. The reason being, with this motorcycle, Honda intends to lock horns with Royal Enfield. The Japanese two-wheeler major had already stated its interest in building a motorcycle to compete with RE in the premium entry-level space, as the latter has always enjoyed a strong presence with high volumes. Especially with models like the Classic 350 and the Thunderbird, who have often pipped the other motorcycles in the same segment. 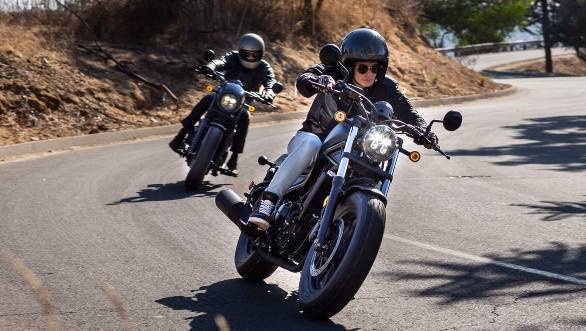 Honda has already released an audio teaser of the motorcycle, which has a typical engine note of a single-cylinder motor that is believed to be in the 350cc-400cc range. The most discussed name that has surfaced online is that of the Rebel 300, a cruiser motorcycle powered by a 286cc liquid-cooled engine that puts out 30PS and 27Nm of torque. On the other hand, the upcoming Royal Enfield Meteor 350, a replacement of the Thunderbird, is believed to be powered by an air-cooled, fuel-injected 350cc mill capable of producing 20.2PS and 27Nm of torque.

The block your date invitation that Honda had sent earlier has a mention of Highness, which is being speculated to be the name of the upcoming motorcycle. While that is something which will be confirmed tomorrow, we believe a CB or a Rebel is a much cooler name for a muscular naked cruiser. Also know is that Honda will be selling its upcoming motorcycle from Big Wing India - the company's premium outlet retailing motorcycles such as the Honda Africa Twin 1100, Honda CBR1000RR-R Fireblade and Fireblade SP. The upcoming launch by Honda India will be in line with last year's update wherein Honda had announced that the company will be introducing five brand new motorcycles in the Indian market.