We at OVERDRIVE cover the fast pace world of cars, motorcycles and even trucks. However, this time it is about a lawnmover. Why? In addition to performing its core function that is cutting grass, this one can touch 100mph (approximately 62kmph) in a claimed 6.29 seconds. That's right! Honda has developed a lawnmower, aptly titled the Mean Mower that is powered by an engine from their flagship super-sport offering, the CBR1000RR Fireblade SP. Honda claims that the Mean Mower can touch a maximum speed of 243kmph. All of this has lead to the Honda Mean Mower enter the Guinness World Records. 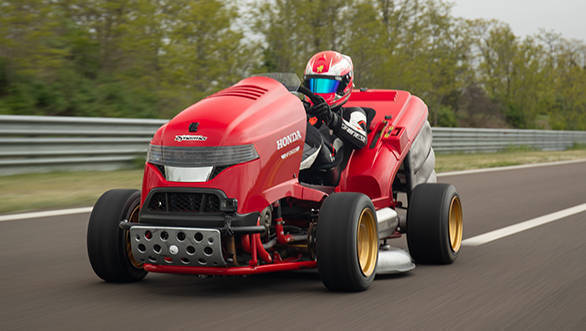 Driven by experienced racer and stunt driver Jess Hawkins, this record was set on the Dekra Lausitzring race track located in Germany. In order to enter the record as a lawnmower, Honda's creation had to have grass cutting capability, and Honda made sure it does. The mower was made to perform the run in both the directions in an hour. The average acceleration timing of these two runs were taken as the official time for the Guinness World Records. Saying that if you would want to get the Honda Mean Mower V2 and cut the grass in your compound at record speeds, that is not possible as Honda has no plans of bringing the Mean Mower into production. The V2 is essentially the revised version of the previous model that was the fastest mower in 2014 with a claimed maximum speed of 188kmph. The Honda Mean Mower is a collective result of Team Dynamics and Honda. 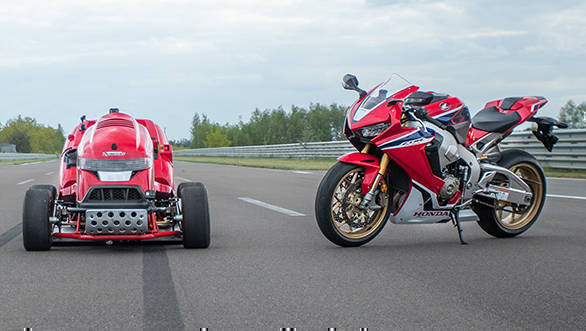 The Honda Mean Mower makes use of a 999cc 190PS engine from the CBR1000RR Fireblade SP that can rev upto 13,000rpm. The lightweight construction of the Mean Mower is a result of the custom made T45 steel frame. Additionally, this one has a power-to-weight ratio of 1,000bhp per tonne. And it is not just the engine that mower shares with the Fireblade SP, but also the six-speed transmission, LCD display and the clutch. It also gets a quick shifter that functions with the help of carbon paddles on the steering wheel. The features list also includes four-piston calipers at the front and six-pot at the rear, Kelgate braking system and 10-inch Goldspeed wheels. 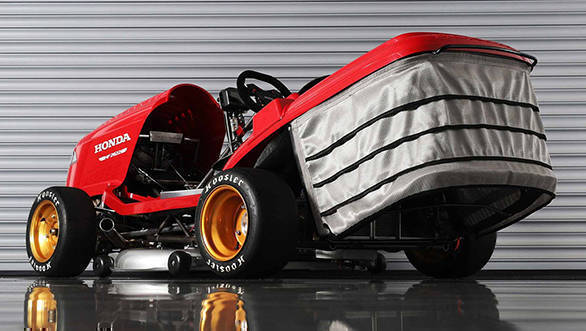