Honda has been the master of high revving naturally aspirated screamers but the future is clearly headed in the direction of smaller turbocharged petrol engines. It was inevitable then that the company showed off a trio of brand new direct injection turbocharged petrol engines as well as a new 8-speed dual clutch automatic. The three engines displace 1.0, 1.5 ad 2.0-litres respectively. The company has retained their legendary Vtec variable valve timing technology for all these engines. 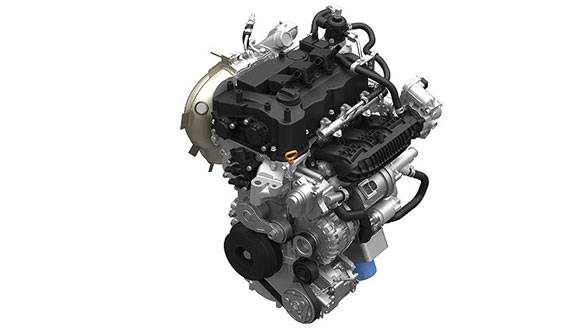 The three-cylinder 1.0-litre engine is similar to the familiar 1.0-litre Ford EcoBoost engine although quoted power figures are slightly higher at 129PS and 200Nm. This engine could serve as a replacement for several of Honda's lower spec engines like the 1.2-litre from the Brio and the 1.5-litre in the City and even the 1.8-litre found in the Civic. 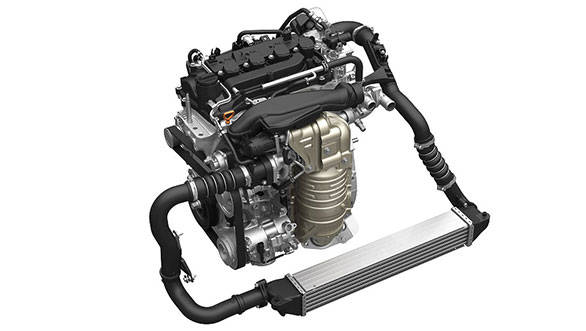 The second engine is the four-cylinder 1.5-litre unit that quotes 204PS and 260Nm. While the 1.0-litre petrol uses a variable geometry turbo, the 1.5 uses a more conventional fixed geometry turbo. Expect this engine to serve as a replacement to the 2.0 and 2.4-litre engines found in the Accord and CR-V. 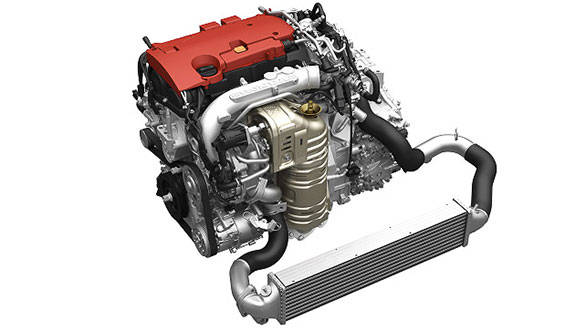 The final engine is the powerful 2.0-litre that Honda claims can produce in excess of 280PS and 400Nm of torque. We expect to see this engine debut in the 2015 Civic Type R hot hatch. The engine will serve as a natural replacement for the 3.5-litre V6 found in the top of the range Accord sedan.

Apart from the engines Honda also showed off a new 8-speed dual-clutch automatic gearbox. The gearbox currently can handle a maximum of 270Nm so we don't expect to see it mated to the top 2.0-litre turbo petrol. However Honda suggests that this gearbox will be used in more premium and sporty offerings while the ageing torque converter automatics in their smaller cars will be replaced by newer CVT transmissions.