Honda's stand at the Paris Motor Show this year will be the platform for showcasing the new facelifted CR-V. Developed specially for Europe, this new version of the popular SUV gets new headlamps and fog lights, a new front grille, skid plate and bumper. If you're following the facelifted CR-V, you'll be able to distinguish it from its predecessors thanks to the refreshed tailgate design, new LED combination tail lamps and an all-new bumper at the back.

The Earth Dreams Technology series 1.6-litre i-DTEC four-cylinder diesel engine will replace the 2.2-litre mill currently powering the four-wheel drive CR-Vs. With the six-speed manual transmission, this engine is claimed to deliver 160PS and 350Nm. CO2 emissions below 130g/km are claimed to be an improvement of 11 per cent over the previous unit. The nine-speed automatic transmission offered as an option is touted to have CO2 emissions of less than 135g/km. Meanwhile, the two-wheel drive CR-V continues to be powered by the 120PS making 1.6-litre i-DTEC engine.

Manufactured at Honda's Swindon plant in UK, the facelifted CR-V will hit the European market this year. We can expect the SUV in India some time next year. More details will be revealed at Honda's press conference at the Paris Motor Show on October 2. Stay tuned to OVERDRIVE as we bring you updates from there. 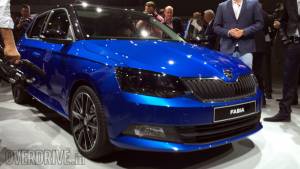 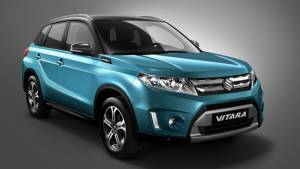