Honda Cars India has achieved a milestone of crossing 50,000 cumulative sales of the WR-V in one year since its launch. The Honda WR-V, launched in India in March 2017, is based on the same platform as the Jazz and accounts to 28 per cent of total HCIL sales during the past 12 months, stated the company. "It (Honda WR-V) has emerged as a strong volume model in Honda's model line-up striking the right chord among young urban customers who are looking for status, comfort and have an active lifestyle." commented Yoichiro Ueno, President & CEO, Honda Cars India Ltd.

Honda states that the WR-V has gained popularity across all the regions in the country. While the Tier 1 cities have been attracted to the feature list, it is the tall ground clearance and the aspirational value that has made the WR-V a success in the Tier 3 markets as well, mentioned the company. The Honda WR-V was launched in India and is exported to Brazil. Sales of petrol models account to 42 per cent while that of diesel is 58 per cent. 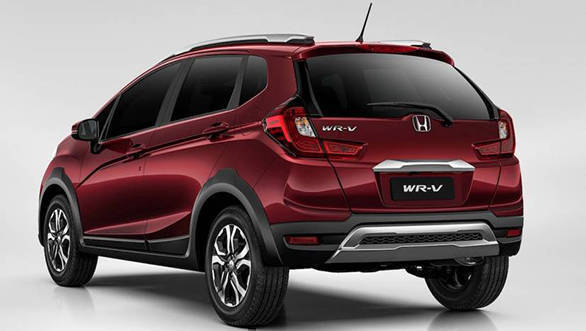 The Honda WR-V is available in.a 1.2-litre i-VTEC petrol and a 1.5-litre i-DTEC diesel engines. Both the engines are mated to manual transmissions as of now - 5-speed and 6-speed respectively.