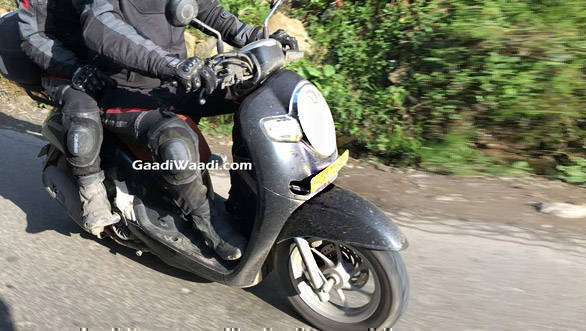 The Honda Scoopy has a large LED projector headlamp on the apron. Makes it quite unique to look at

The Honda Scoopy features a neo-retro theme design and has the unique oval-shaped headlamp on the front apron. The headlamp itself is a LED projector unit. Honda has also added the turn indicators adjacent to the headlamp. The entire assembly gets a chrome outline, further adding to the retro look. A similar theme can be observed at the rear too - LED tail light and attached blinkers. The scooter also gets round mirrors and the body line too is curvy. Honda mixes an analogue speedometer along with a digital fuel gauge and odometer in the Scoopy. At the front, the 100/90 12-inch alloy wheel gets a single piston disc brake while the 110/90 rear wheel makes use of a drum brake. Both the tyres are tubeless. Honda offers its Combined Braking system which engages 40 per cent of the front brake when the rear brake lever is put into use. Honda uses telescopic forks in the front and a single shock absorber at the rear. The kerb weight of the scooter is a low 99kg while the underseat storage is pegged at 15.4 litres. 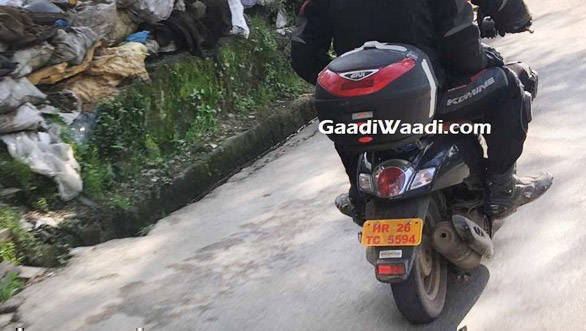 Powering the Honda Scoopy is a 108.2cc fuel injected engine that makes 9.1PS/9.4Nm. The motor also features a start-stop tech that switches off the engine if the scooter has been running in idle for more than three seconds. It restarts when the accelerator grip is twisted. Honda claims that this will result in fuel savings especially during stop-go situations. The twist in the story is that this engine is only Euro-III which is equivalent to BS-III and India has moved to BS-IV norms from April 2017. It is likely that the Scoopy spotted testing was running the same 8PS/8.91Nm 109.19cc Activa engine. We however would like to see Honda use the 8.52PS/10.54Nm 125cc motor from the Activa 125. Given the premium positioning that the Scoopy will come with, a 125cc engine makes more sense as it will go up directly against the other retro-styled scooter in the category, the Suzuki Access 125. The Honda Scoopy could be priced at around Rs 65,000, making it one of the most expensive HMSI scooters to go on sale here.

Earlier this year, HMSI had said that they will be bringing in two new scooters and motorcycles by the end of this financial year. The Scoopy may be one of them and the Grom could be the second one. The updated Honda CBR650F should be in showrooms in a couple of months from now. 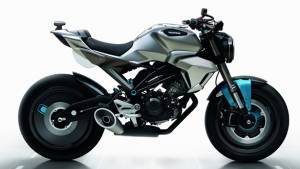