Honda has shown a new seven-seater SUV concept in Indonesia, the Honda N7X. The Honda N7X is a replacement for the BR-V in that market and follows the look of the newest Honda cars. While labelled a concept, the production version of the N7X should look largely identical to this. The face of the N7X seems to follow design cues already seen on cars like the India-spec Honda City as well as some other new Hondas like the new HR-V. There are slim LED headlamps with an LED brow as well as a large chrome band over the grille. The grille itself carries chrome slats while the bumper is heavily stylized with more a brushed silver, sharp cuts and inserts. This may be toned down in production form. In profile, the N7X also carries a more refined, simpler shape with a strong shoulder line running the length of the car and prominent gloss-black cladding over the large wheels and sills. At the rear the are wide LED highlighted taillamps, an indented boot lid and some more aggressive cladding. 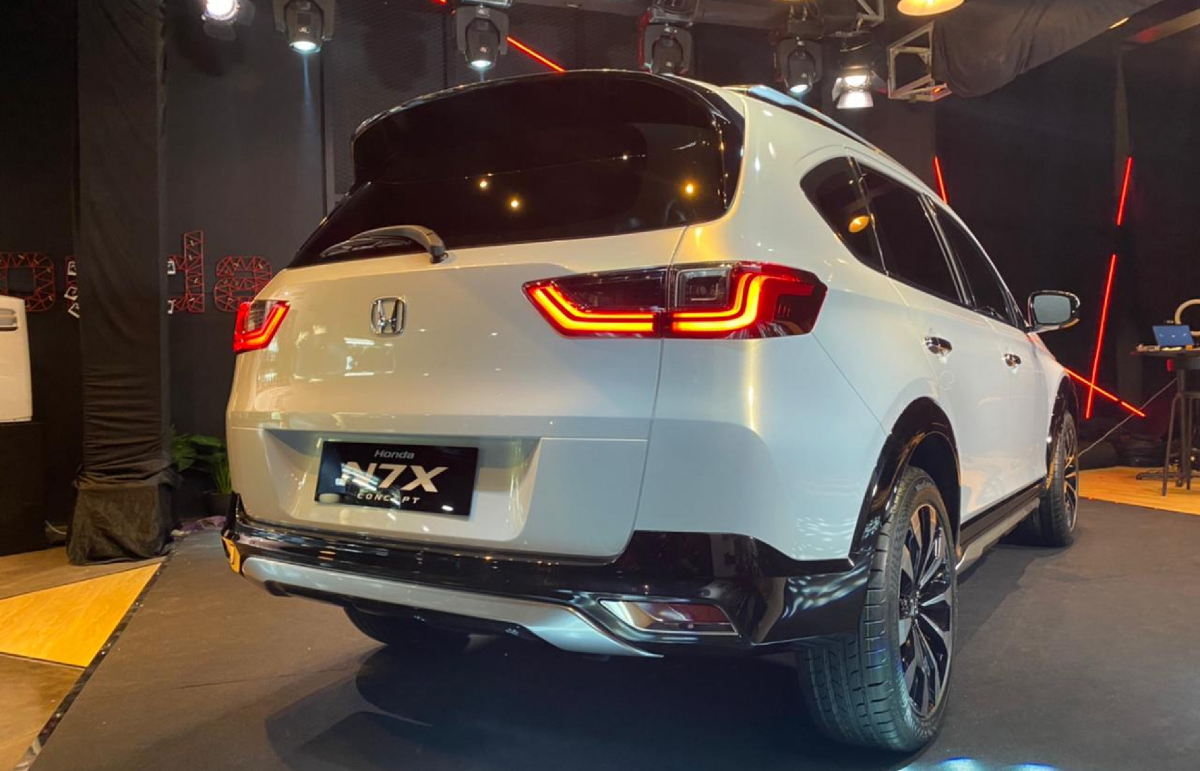 The interiors of the N7X haven't been revealed but teasers suggest the dashboard will be very similar to the one seen on the India-spec Amaze. There should be the same high-mounted air vents, the 7-inch touchscreen and the slim climate control buttons. The semi-digital instrument cluster from the City could also be seen here. There should be six or seven-seat options. The production-spec N7X should be based on the same architecture as the Amaze and come with engines very similar to the ones seen on the India-Spec Honda City. This should be the 1.5-litre petrol with 121PS/145 Nm and the 1.5-litre diesel with 100PS and 200 Nm. The latter should get a manual while the petrol should feature manual as well as CVT options.

There is no word yet on the production-spec Honda N7X coming to India. The last-gen Honda BR-V wasn't a big success in India but with seven-seater SUVs now becoming increasingly popular and MPVs seeing a resurgence too, the N7X could fit well in the Honda India line-up.