Honda Cars India Ltd has launched two new grades of the Mobilio - the V (O) and RS (O) grades that join the E, S and V variants already available. These trims include a rear view parking camera and audio video navigation (AVN) system. The 15.7cm touchscreen navigation system has maps, satellite-based voice navigation, and is Bluetooth, USB and AUX enabled. The AVN system is the same one included in the Mobilio we drove. HCIL though says that this unit is an updated one which has better screen resolution as well. Apart from these changes, the new grades also come with wood inserts on the dashboard and armrests.

While there are no mechanical changes made to the 119PS petrol and 100PS diesel engines, the latter in the RS trims is claimed to command a fuel efficiency of 24.5kmpl (0.3kmpl more than regular grades). It's claimed that at the time of announcing prices, the Mobilio RS wasn't homologated and that the figures quoted are the once received from ARAI recently. 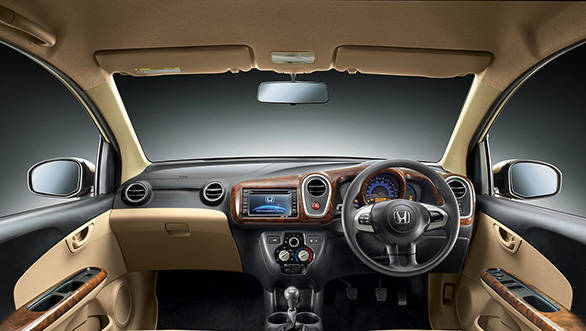 Jnaneswar Sen, vice president, marketing and sales, Honda Cars India Ltd said, "We are delighted to offer these new grades of the Honda Mobilio to our customers in India. It's our endeavor to provide class leading features in our cars so that we can delight our customers. The AVN system and rear view parking camera are one of the most sought after features and adds to the premium feel of the car. With these new features, stylish looks, best in class fuel-efficiency and uncompromising performance, the Honda Mobilio is one of the most compelling products in its segment today."

More on the Honda Mobilio