Honda's first-ever roadster motorcycle, the CB 350 was unveiled a few days ago, wherein the company had mentioned a ballpark figure for pricing. However, the company has now released confirmed prices for the Honda CB 350. The Honda CB 350 DLX variant has been priced at Rs 1.85 lakh, whereas the more premium DLX Pro will be available at Rs 1.90 lakh, ex-showroom. This has made it a more premium offering compared to its arch-rival the Royal Enfield Classic 350, which is priced at Rs 1.60 lakh, ex-showroom. Honda will commence deliveries of the CB 350 from across all its Big Wing India dealerships shortly.

The Honda CB 350 carries the modern-classic design inspired from the yesteryear CB range of motorcycles. It comes with a neo-classic LED headlight with DRLs, black alloy wheels and a 15-litre fuel tank that can be availed with a single shade or a dual-tone depending on the variant. The motorcycle also sports a contoured single seat that looks reasonably comfortable for longer saddle hours. Honda has also gone generous with the use of chrome on the fenders, twin-horns, exhaust, mirrors and also on the engine, quintessential for a modern classic. 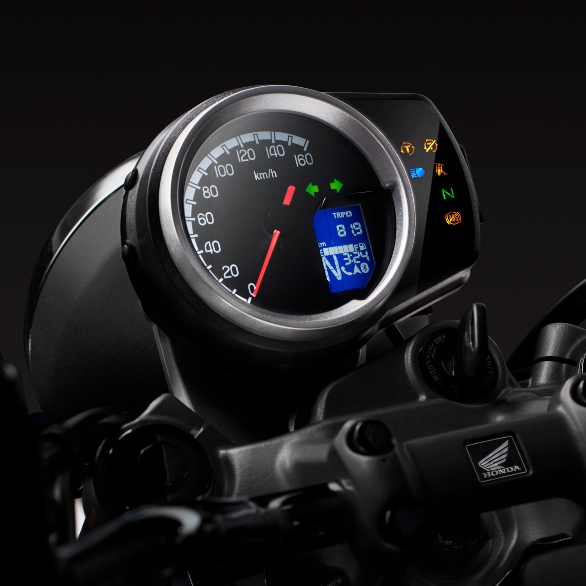 The Honda CB 350 DLX Pro comes equipped with Honda Smartphone Voice Control system using which the rider can connect his smartphone with the motorcycle via Bluetooth. Once connected, the rider can operate the system with controls on the handlebar and access phone calls, navigation, music playback and incoming messages. The semi-digital instrumentation will show info on the distance to the empty, real-time efficiency, time, trip information and also ABS, traction control, gear position indicator and battery voltage meter. The CB also comes with hazard lamps, single switch for ignition and side-stand ignition cut off. 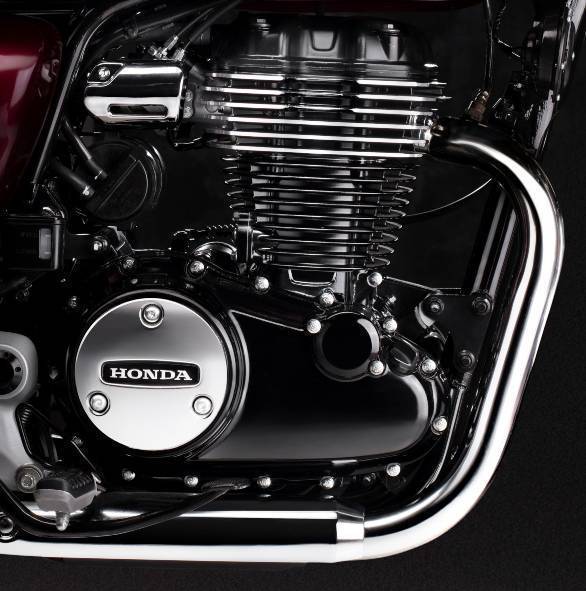 Powering the Honda CB 350 is a 348.36cc air-cooled OHC single-cylinder engine that puts out 21.07PS of power at 5,500rpm and generates 30Nm of torque at 3000 rpm, mated to a 5-speed gearbox with slipper clutch. In comparison, the Royal Enfield Classic 350 makes an almost similar power output but with a lower torque rating of 28Nm. However, giving the CB an edge over the Classic and others in this segment is the presence of traction control, making it the most affordable bike in India to have it. Furthermore, the CB's engine also features a counterbalancer which should translate to better engine refinement and smoother performance.

Underneath the retro-cool design is a half-duplex cradle frame with telescopic front and twin-hydraulic suspension in the rear. The position of the engine has been kept lower for a lower centre of gravity which in turn offers better riding feel and easier manoeuvrability. At a kerb weight of 181kg, the CB is 11kg lighter than the Classic 350. With a crisp throttle response, this should mean much better performance on the CB. The motorcycle is offered with MRF Zappers with 100/90R19(F) and 130/70R18(R) wheels. Doing braking duties are 310mm and 240mm front and rear discs with dual-channel ABS as standard. 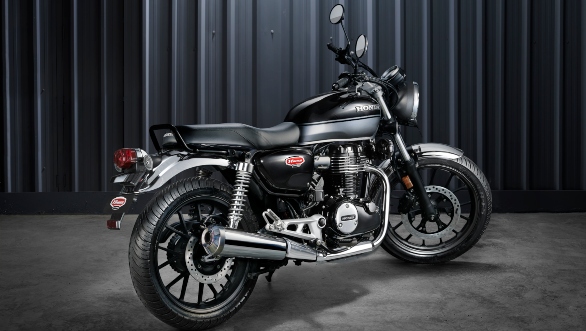